US, China to work together on cyber security 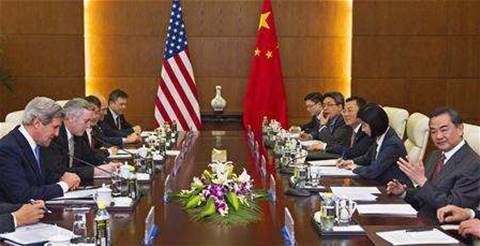 China and the United States will set up a working group on cyber-security, US Secretary of State John Kerry said, as the two sides moved to ease months of tensions and mutual accusations of hacking and Internet theft.

Speaking to reporters in Beijing during a visit to China, Kerry said the United States and China had agreed on the need to speed up action on cyber security, an area that Washington says is its top national security concern.

Cyber security, Kerry said, "affects the financial sector, banks, financial transactions, every aspect of nations in modern times are affected by the use of cyber networking and obviously all of us - every nation - has an interest in protecting its people, protecting its rights, protecting its infrastructure".

Cyberspace should be an area where the two countries can increase mutual trust and cooperation, Wang told Kerry, according to Xinhua.

Beijing and Washington have traded accusations in recent months of massive cyber intrusions. The United States says hacking attacks emanating from China have targeted US government and corporate computer networks among others, stealing government and commercial data.

A US computer security firm released a report in February saying a secretive Chinese military unit is believed to be behind a wave of hacking attacks against the United States.

China claims it is the victim of large-scale cyber attacks from the United States, though it has given few details. Wang repeated to Kerry the Chinese government's oft-stated position that it opposes any form of hacking.

"It's important to have a dialogue on this, but it's also important that the dialogue be a means to an end, and the end is really ending these practices," Under Secretary of State for Economic Affairs Robert Hormats, who spoke at the forum, told Reuters in an interview.

Last month China's premier, Li Keqiang called for both sides to stop the war of words over hacking.