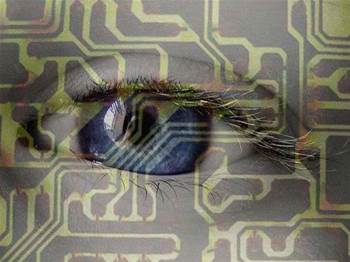 Hacker faces up to 60 years in prison if convicted.

The United States plans to leave it up to British officials to decide whether accused NASA and US military hacker Gary McKinnon should stand trial here.

"We have proceeded through all the processes required under our extradition agreements," Obama said at a London press conference this week, according to reports. "It's now in the hands of the British legal system. We have confidence in the British legal system coming to a just conclusion, and so we will await resolution and we will be respectful of that process."

Last year, at the urging of McKinnon's attorneys, UK Home Secretary Theresa May placed his planned extradition to the US on hold barring a review of medical evidence to determine if McKinnon is fit to stand trial here. McKinnon suffers from Asberger's syndrome, a form of autism. May, who took a considerably softer stance than her predecessor, has not yet reached a decision.

But the outlook looked bleak earlier this month when US Attorney General Eric Holder said in a London television interview that he planned to "take all the necessary steps" to extradite McKinnon and hold him "accountable for the crimes he committed."

McKinnon could face up to 60 years in prison if convicted of charges that in 2001 he hacked into 97 computers operated by the US government, including those of the Pentagon, Army, Air Force and NASA.

American authorities have said his actions resulted in a shutdown of the Army's Military District of Washington network, containing more than 2000 computers and resulting in US$700,000 in damage.

Should accused hacker Gary McKinnon be extradited to the US from Britain to stand trial? Market Research McKinnon has long maintained that he is simply a computer geek and only wanted to find evidence of alien life and UFOs. His lawyers said an extradition would lead to "disastrous consequences" for his health, including possible psychosis and suicide, according to reports. They have claimed McKinnon is in an “extremely fragile mental state.”

Led by his mother, Janis Sharp, McKinnon has been fighting extradition since 2006, with many highs and lows along the way.

Got a news tip for our journalists? Share it with us anonymously here.
Copyright © SC Magazine, US edition
Tags:
hackerlegalsecurityuk governmentus government