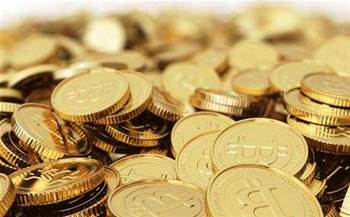 A US district attorney sent subpoenas to MtGox, other bitcoin exchanges, and businesses that deal in bitcoin to seek information on how they handled recent cyber attacks, according to sources.

At least three exchanges were forced to halt withdrawals of bitcoins on February 7, including MtGox - the largest at the time -  after hackers overwhelmed bitcoin exchanges by sending thousands of phantom transactions in distributed denial of service attacks.

Mt. Gox never resumed service before going dormant this week, leaving customers unable to recover their funds. The Tokyo-based company's chief executive, Mark Karpeles, said he is working with others to solve the problems.

"As there is a lot of speculation regarding Mt Gox and its future, I would like to use this opportunity to reassure everyone that I am still in Japan, and working very hard with the support of different parties to find a solution to our recent issues," Karpeles said in a statement.

A spokesman for Manhattan Attorney Preet Bharara declined to comment.

Bitcoin, a form of electronic money independent of traditional banking, relies on a network of computers that solve complex mathematical problems as part of a process that verifies and permanently records the details of every bitcoin transaction that is made. At current prices, the bitcoin market is worth about US$7 billion.

Investors deposit their bitcoins in digital wallets at specific exchanges, making the MtGox shutdown similar to a bank closing its doors - people cannot retrieve their funds.

While proponents of bitcoin hail its anonymity and lack of ties to traditional banking, regulators have become increasingly interested in the digital currency due to its usage by criminal elements and its volatile nature.

It has been a rough month for Bitcoin investors, with cyber attacks on several exchanges, a sharp fall in Bitcoin's value, and rising pressure from regulators. Bitcoin's price varies by exchange, but the losses were most dramatic on MtGox, where it fell to about US$135 from US$828.99 before February 7.

A second source familiar with the case said US federal law enforcement is investigating MtGox. A third source said the US Federal Bureau of Investigation was monitoring the situation.

Japan's Finance Ministry and police are also looking into the abrupt closure of MtGox, according to the Japanese government's top spokesman.

Bitcoin has gained increasing acceptance as a method of payment and has attracted a number of prominent venture capital investors, including Andreessen Horowitz and Union Square Ventures.

The digital currency has also caught the eye of hackers. The recent cyber attacks exploited a process used by some bitcoin exchanges that introduced "malleability" into the code governing transactions, experts said.

Simply put, this allowed hackers to slightly alter the details of codes to create thousands of copies of transactions. These copies slowed the exchanges to a crawl, forcing them to independently verify each transaction to determine what was real and what was fake.

A document circulating on the Internet purporting to be a crisis plan for MtGox, said more than 744,000 bitcoins were "missing due to malleability-related theft," and noted Mt. Gox had US$174 million in liabilities against US$32.75 million in assets. It was not possible to verify the document.

If accurate, that would mean approximately 6 percent of the 12.4 million bitcoins minted would be considered missing.

Developers are working on fixes to bitcoin's software to guard against cyber attacks, though many larger service providers have already implemented such changes, according to Gregory Maxwell, one of the bitcoin software's core developers.

He said some malleability in the software protocol was necessary - for example, in transactions where multiple people can put in money, but the transaction is not valid until enough funds are contributed.

"None of these fixes are especially complicated, but because the correctness of the software is important we use a conservative release process that avoids rushing anything out," Maxwell said, adding that the bulk of the recent work on the software is being done by four people.