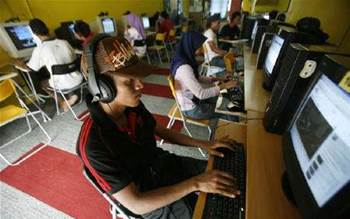 Contentious Internet traffic rules facing a vote next week are likely to be adopted without radically veering from a proposal unveiled earlier in the month, analysts at Stifel Nicolaus said on Wednesday.

The Federal Communications Commission will vote on Dec. 21 to adopt regulations that ban the blocking of lawful traffic but allow Internet service providers to ration web traffic on their networks.

The proposal laid out two weeks ago by FCC Chairman Julius Genachowski was met with concern from the other members of the FCC, putting in question the likelihood of winning over a majority of the five-member FCC.

The two Republican commissioners have objected to FCC action on Internet rules, saying the Internet is best able to thrive in the absence of regulation.

And Genachowski's two fellow Democrats on the panel could withhold support from any measure they view as too weak.

But Stifel Nicolaus analysts said Commissioners Mignon Clyburn and Michael Copps, the Democrats on the panel, are more likely to consider it in the majority's interest to move ahead with so-called net neutrality rules.

Stifel Nicolaus is particularly plugged in to FCC developments, with analyst Rebecca Arbogast having previously been a division chief at the agency.

"Our sense is an order likely will be approved, with some modifications, but not radical changes, to the draft, given the tightrope the FCC leadership appears to be walking," Stifel Nicolaus analysts said in a research note.

Net neutrality rules would determine whether high-speed Internet providers should be allowed to block or slow information or charge websites for a "fast lane" to reach users more quickly.

A possible tweak of Genachowski's initial proposal could include clearer language against paid prioritisation, Stifel Nicolaus analysts said, but strengthening the rules much further could prompt legal challenges from companies.

Even if the rules are adopted, lawmakers are likely to challenge the rules, as Republicans have been vocal that they oppose any FCC action geared at governing the Internet.