US accused of hacking office of the French president 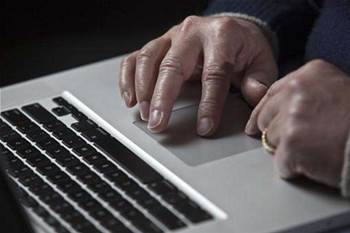 The US government is accused of having hacked the office of the president of France, stealing information from official's computers.

Several US officials have denied the allegations.

Citing a report in daily Le Télégramme, L'Express alleged the attack took place in May this year, ahead of the second round of France's presidential election.

L'Express reported the attack was "professional work worthy of James Bond in Skyfall" and used Facebook entrapment and installation of the Flame spyware, which has been linked to the US government.

The publication claimed the attack rummaged through computers belonging to advisers to then-president Nicolas Sarkozy and claimed secret documents and strategic plans were captured.

According to L'Express, France's national security agency for the protection of information systems (ANSSI) took several days to restore the network at the country's presidential palace, l'Élysée.

However, L'Express reported neither l'Élysée nor ANSSI would comment on the allegations. 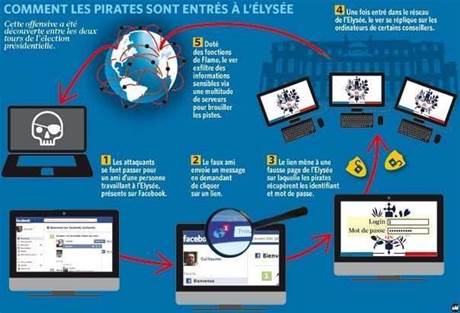 How the Elysée was hacked. Source: L'Express

The US Embassy in Paris is "categorically refuting allegations through unidentified sources" that the American government participated in a cyber attack against the French government.

"France is one of our strongest allies," said Michael Moss, a spokesman at the US embassy in Paris.

Moss also said the the two countries' co-operation in areas of intelligence sharing, law enforcement and cyber defence has never been better.

In the United States, the secretary of homeland security, Janet Napolitano, has also stepped in to defuse the situation.

Napolitano denied that the US government was involved with Flame and Stuxnet according to L'Express.

Asked by L'Express if the US was behind the attack on the Elysee in May this year, Napolitano said: "We have no more important partner than France, we have no greater ally than France."