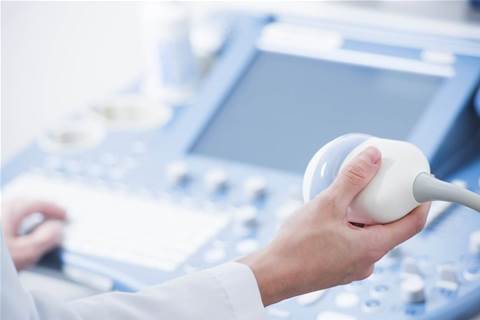 A new and extremely sensitive ultrasound sensor developed at the University of Queensland could revolutionise medical devices and spatial imaging used in unmanned vehicles, researchers at the institution say.

Ultrasound devices, perhaps best known for medical imaging, are also commonly found in gas sensing devices and navigational systems, such as the proximity sensors in cars and unmanned devices like drones.

The new device, which has a radius of 148 micrometres, is sensitive enough to detect carbon dioxide at ten-part-per-billion concentrations, which could enable the measurements of the respiration of individual cells and bacteria, the research paper released in Nature states.

“Our sensor could also be applied to observe acoustic waves generated by the nanoscale vibrations associated with cellular metabolism,” the researchers said.

They added that measuring these vibrations has previously been shown to allow cell features like toxicity and antibiotic resistance to be diagnosed.

And unlike other approaches for studying these minute features, the new nanosensor can operate without physically touching the sample, meaning it won’t disrupt the processes being observed or contaminating the sensor.

“This could fundamentally improve our understanding of how these small biological systems function,” research leader Dr Sahar Basiri-Esfahani said.

“A deeper understanding of these biological systems may lead to new treatments, so we’re looking forward to seeing what future applications emerge.”

It’s not just the university who are interested in these applications or the sensor’s uses in other devices, as the project had the backing of the US Air Force Office of Scientific Research, the European Union’s Horizon 2020 research and innovation program, the Australian Research Council and the Welsh government.

“We’ve developed a near perfect ultrasound detector, hitting the limits of what the technology is capable of achieving,” Bowen added.

“We’re now able to measure ultrasound waves that apply tiny forces – comparable to the gravitational force on a virus – and we can do this with sensors smaller than a millimetre across.” 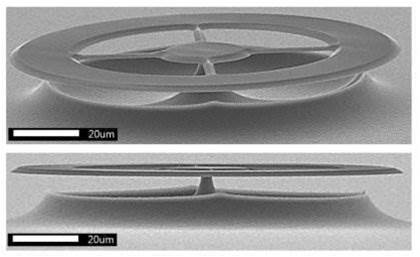 The 'ultra ultrasound' nanosensor. Credit: UQ
Got a news tip for our journalists? Share it with us anonymously here.