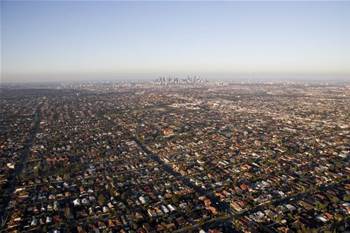 Researchers at the UNSW Built Environment City Analytics Lab are using artificial intelligence to increase the efficiency and accuracy of land valuations as talk of a housing bubble once again rears its head in Sydney.

The end goal of the research is a suite of software tools called Value Australia, which use data analytics to provide valuation information for a broad range of property types for the $6.8 trillion market.

It builds on two years of research at UNSW to gather city data to streamline planning and development processes to improve the quality of life for residents, with the Value Australia project focusing on improving the current labour-intensive approach to land and property assessments that can result in expensive, slow and subjective valuations.

Manual assessments can be particularly difficult to perform accurately on the urban fringe and in regional areas, the university said, a particular issue as Australia's biggest cities continue their urban sprawl and outpace predicted levels of growth.

“There will be a public-facing version of the software using a map interface to show property values around where people live, which will take into account land values and the amenity of an area.”

“It will assist in making data-driven decisions, such as the ability to explore rezoning options, determining the economic benefits of a development proposal, or even the location of important infrastructure, like new metro or light rail stations.”

One of the automated valuations models that inform the project has so far aligned to real-world market sales data with 94 percent accuracy.

Pilot work conducted in Brisbane and Sydney’s metropolitan areas has also been able to rapidly respond to new infrastructure development, helping determine the potential impact on land values within minutes.

The scenarios were conducted as part of the Rapid Analytics Interactive Scenario Explorer (RAISE) project, and can be used by developers and stakeholders to validate consulting reports.

Backed by partners including Commonwealth Bank, NSW Office of the Valuer General, Omnilink and Liverpool City Council and FrontierSI, the Value Australia project will seek to produce a national suite of data and software products within the next three years.