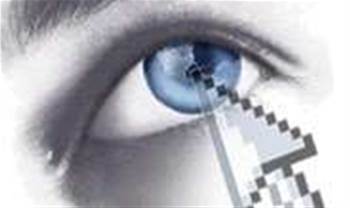 System can monitor what grabs people’s attention in shops.

The University of Bristol has developed eye-tracking software that could allow businesses in sectors such as retail to monitor what grabs the attention of customers.

The system, reminiscent of the film Minority Report, allows users to collect data about eye movements and what people are looking at when they perform tasks such as window shopping or in-store browsing.

According to the university, which developed the software in partnership with Applied Science Laboratories (ASL), the technology also allows a dramatic decrease of the time needed to analyse and interpret the data.

ASL’s eye-tracking system has been combined with the university’s vision location and mapping software to create the platform, which enables the ability to analyse gaze in 3D.

Though retail would be the most obvious market for applications of the technology, the developers say the software could be applied to research in other fields including sports, reading, safety and training.

While admitting the technology “may seem a bit Big Brother”, the creators of the software maintain that the system could have "far-reaching implications for consumers" and lead to services tailored according to their specific interests in the future.

Got a news tip for our journalists? Share it with us anonymously here.
itweek.co.uk @ 2010 Incisive Media
Tags:
developseyetrackingminority reportoddwaresoftwaretechnologyuniversity