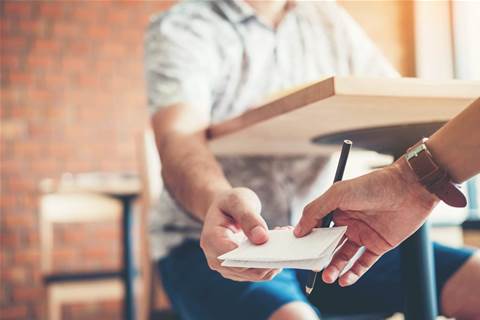 To catch out contract cheaters.

Australian universities are trialling new software based on forensic linguistics to catch out plagiarists and "contract" essay cheats.

Contract cheating came to light in 2014 when Fairfax uncovered the MyMaster scandal, in which students were caught contracting "assignment mills" or ghostwriters to craft essays before submitting them as their own work.

UNSW told iTnews that as students around the world find more ways to cheat, innovative solutions to catch them out are needed.

A joint venture between the UNSW, the University of South Australia, University of Sydney, Griffith University and Swansea University in the UK has been looking at how to catch contract cheaters since the problem first came to light.

They found almost 70 percent of university staff suspected instances of contract cheating and six percent of students admitted to engaging in some form of cheating behaviour.

Possible solutions suggested by the research include improving the relationship between staff and students and using assessment types such as in-class presentations that are harder to outsource.

Another option is to use forensic linguistics software to identify whether a piece of writing belongs to the student claiming to be its author.

The new software uses machine learning trained by forensic linguists - people who provide legal evidence on language use - to identify idiosyncratic writing techniques, such as the use of commas and general sentence structure, to build up a profile of a student’s writing.

It’s hoped that the new tool will give staff members the proof to back up suspicions that an essay was written by somebody else, either a friend or a paid professional.

A spokesperson from the University of Queensland (UQ), which is currently trialling Author Investigation, told iTnews that the university takes the threat of assignment mills and essay ghostwriters seriously.

The university said it is aware these mills “tout their services to students”.

The spokesperson said that “a range of methods are in place to detect this particular form of cheating."

UNSW also confirmed it is taking part in the trial and told iTnews that it is using “a range of sophisticated tools and techniques to prevent and detect contract cheating including the use of Turnitin”.

The UQ spokesperson added that since the Author Investigation trial is only in its early stages, further details could not be provided.

The trial is due to wrap up in the second half of this year before the software becomes commercially available.