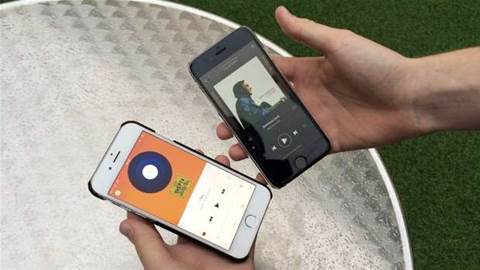 Universal Music Australia IT Manager David Vered told iTnews that as the music industry had shifted from CD sales to digital platforms and, in particular, streaming services like Spotify and Apple Music, it had gained a large amount of data.

That data includes detailed demographics, device type, time of day, playlist placement and whether people are discovering music in their own playlist or in the playlist of another user.

“The amount of data and the marketing insights we can get from these new platforms is just astounding,” Vered said at the recent Australian Cloud & Data Centre Strategy Summit, which is co-organised by iTnews.

For one particular Australian band that was analysed, the proof-of-concept showed how fans consumed their music.

“They found a particular track resonated with a heavily male audience compared to other tracks which provided valuable marketing insight.” Vered said.

“They realised another track’s plays peaked between 5pm and 7pm, also providing great understanding on how to market the music.

The data also showed the majority of the band’s audience used iOS devices, enabling further tweaks in the way marketing can be targeted

“We don't want to start marketing to people on PCs if they're listening to the music on their iPhone,” Vered said.

Traditional revenue models in the music industry have faced disruption for some time, and Vered believes the way the industry has adapted makes it “an interesting case study”.

The days where CD sales dominated revenues are gone; now, the sources of revenue are very fragmented.

“If you look at the revenue spread for the music industry, it's got ten or 12 major components: we've got video generating revenue, streaming, downloads, physical CDs, and some people still want vinyl,” he said.

“For an industry that has been disrupted, it's a very interesting use case for what maturity looks like.

“Compare that to something like Airbnb or Uber, where the hotel and taxi industries haven't really come up with ways to deal with the disruption or leverage it.”

For Vered, the disruption is also being felt in IT, and he has helped lead the drive in Australia to seek out ways to push various internal systems to the cloud.

“We're in the business of selling music,” he said.

“The more that we can get away from having to rack servers and worry about air conditioning and backups, the better.

“The push is really to automate and do as much in the cloud as we can.”

In addition to dabbling in Redshift, Universal Music Australia has invested in Salesforce’s Force.com platform to power the automation of various workflows, including sign-offs for music licensing.

It is also running a running a dual pilot of Office 365 and Google Docs.

The company already uses Office 365 and Lync as its global productivity standard, but Vered is open to the idea of having multiple systems, as long as IT can be involved and put some governance and data back-up processes around their use.