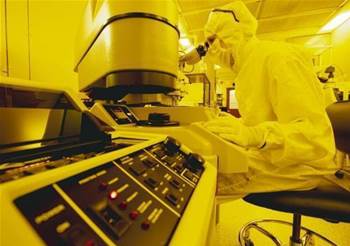 The Australian National Fabrication Facility, a member of S3B

Three universities and the CSIRO are getting together to try and drive Australia’s semiconductor design capabilities.

The University of Sydney, Macquarie University and UNSW will join the science agency, and the Australian National Fabrication Facility (ANFF) to create the Semiconductor Sector Service Bureau, S3B.

The focus of the NSW government-funded S3B will be developing local design skills: a university spokesperson told iTnews the S3B will “enable access to semiconductor foundry facilities globally.”

The bureau will also work on talent pool creation and facilitating access to foundries, the spokesperson said.

The bureau’s inaugural director will be Dr Nadia Court, technical director of the ANFF.

“The S3B will build connectivity and collaboration, and support commercial impact. It will play a key role in advocating for the sector, connecting companies and researchers with design and manufacturing capabilities globally," Court said.

The S3B will be established at Cicada Innovations in Sydney’s Tech Central Precinct.

NSW chief scientist and engineer Professor Hugh Durrant-Whyte said NSW has a clear competitive advantage when it comes to semiconductors.

“Each of the institutions forming this consortium have a long history of innovation within the sector, working closely with Australian leaders in semiconductor technology and major global firms,” said Professor Durrant-Whyte, who is also affiliated with the University’s Faculty of Engineering.

The state government’s support for the sector follows a report [pdf] by the state’s chief scientist, which identified semiconductor design as a local strength.