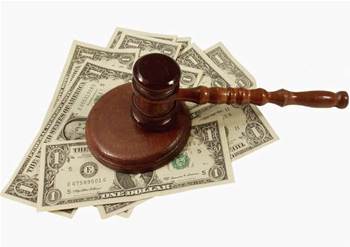 The US Federal Trade Commission has released a 308-page review of the country’s patent system that aims to overhaul patent grants and giant damages awards in court cases.

FTC chairman Jon Leibowitz said he hoped the report would help "leaders in Congress to improve a troubled system", while also protecting innovators.

The commission singled out jury-awarded damages to Australian-founded security firm Uniloc and Canada’s i4i against Microsoft, calling for damages caps to be introduced and a crackdown on "expert" witnesses, whose evidence contributed to the massive calculations.

In each case, the claimants were awarded hundreds of millions in compensation due to the way damages had been calculated.

In January, a US appeals court upheld a decision that Microsoft had infringed Uniloc’s patent, but allowed a retrial on jury damages it considered were "fundamentally tainted."

The FTC recommended reining in experts by boosting the role of district courts in “excluding unreliable expert testimony on damages from trial.”

Courts should also cap “reasonable royalty damages at the amount a willing licensee would pay, which may be determined by the value of the invention over alternative technologies," it said.

The FTC noted that damages awarded to i4i were made without considering a hypothetical negotiation for incorporating i4i’s invention into Microsoft Word.

In a last ditch attempt to avoid that multi-million dollar damages bill, Microsoft also claimed that i4i should never have been awarded its markup language patent and last year gained Google, Apple, Intel and Facebook support.