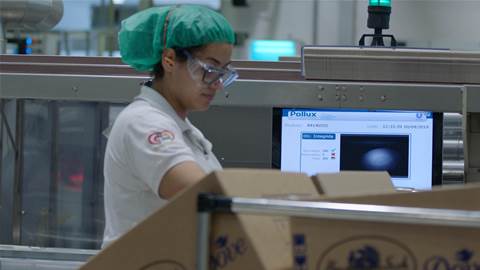 Unilever has stood up eight digital twins that are being used to pilot algorithmic tweaks to consumer goods manufacturing processes across the world.

The company’s chief engineer Dave Penrith said Unilever is in the process of “digitally rewiring our supply chain”.

This, he said, took the form of an increased focus on internet of things, data, “artificial intelligence planning” and robotics.

IoT data is being drawn from factory processes and fed into digital twins, which are working virtual models of a physical environment.

“The digital twin solution was custom-built by Unilever’s engineering team in partnership with The Marsden Group, a Microsoft partner, and is hosted on Microsoft’s Azure platform.

Already, Penrith said that algorithms built and piloted in the digital twin of a facility could be used to quickly find production improvements.

“The algorithm can reach a level of accuracy where it can be allowed to directly control part of a machine or process,” the case study states.

“Once Unilever switched control of moisture levels in a soap-making machine to the digital twin algorithm, operators did not want it switched off because it gave them so much control over consistency.

“In another instance, the digital twin used data on how long it takes to produce one batch of liquid, such as shampoo or detergent, to predict the correct order of processes in order to get the most efficient batch time.

“The less time each batch takes, the higher the production capacity of the plant, fully utilising the asset and avoiding having to invest in capability elsewhere.”

“Previously, operators were responding to 3000 alerts every day in this complex site, each of which took a few minutes to assess, acknowledge and clear,” the company said.

“This put operators into constant reactive mode and slowed down production lines.

“Unilever has been able to reduce the number of alerts requiring action by 90 percent per day, ensuring far fewer interruptions and more timely interventions.”