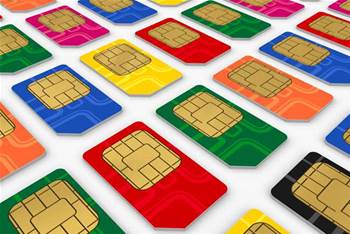 Notifies telcos all phones are vulnerable.

A United Nations cybersecurity advisory group will send out an alert about significant vulnerabilities in mobile phone technology that could potentially enable hackers to remotely attack at least half a billion phones.

Hackers could use compromised SIMs to commit financial crimes or engage in electronic espionage, according to Berlin's Security Research Labs, which will describe the vulnerabilities at the Black Hat hacking conference in Las Vegas on July 31.

The UN's Geneva-based International Telecommunications Union, which has reviewed the research, described it as "hugely significant."

"These findings show us where we could be heading in terms of cybersecurity risks," ITU Secretary General Hamadoun Touré said.

He said the agency would notify telecommunications regulators and other government agencies in nearly 200 countries about the potential threat and also reach out to hundreds of mobile companies, academics and other industry experts.

A spokeswoman for the GSMA, which represents nearly 800 mobile operators worldwide, said it also reviewed the research.

"We have been able to consider the implications and provide guidance to those network operators and SIM vendors that may be impacted," GSMA spokeswoman Claire Cranton said.

"Our policy is to refrain from commenting on details relating to our customers' operations," she said.

Cracking SIM cards has long been the Holy Grail of hackers because the tiny devices allow operators to identify and authenticate subscribers as they use networks.

Karsten Nohl, the chief scientist who led the research team and will reveal the details at Black Hat, said the hacking only works on SIMs that use an old encryption technology known as DES.

Nohl said he estimated that at least 500 million phones were vulnerable to the attacks he will discuss at Black Hat. He added that the number could grow if other researchers start looking into the issue and find other ways to exploit the same class of vulnerabilities.

The ITU estimates some 6 billion mobile phones are in use worldwide. It plans to work with the industry to identify how to protect vulnerable devices from attack, Touré said.

Once a hacker copies a SIM, it can be used to make calls and send text messages impersonating the owner of the phone, said Nohl, who has a doctorate in computer engineering from the University of Virginia.

"We become the SIM card. We can do anything the normal phone users can do," Nohl said in a phone interview.

"If you have a MasterCard number or PayPal data on the phone, we get that too," he said.

The newly identified attack method only grants access to data stored on the SIM, which means payment applications that store their secrets outside of the SIM card are not vulnerable to this particular hacking approach.

Nohl warned that when data is stored outside of a SIM card it could fall victim to a large range of other already known vulnerabilities, which is what has prompted the industry to put payment information on SIMs in the first place.

Nohl said Security Research Labs found mobile operators in many countries whose phones were vulnerable, but declined to identify them. He said mobile phone users in Africa could be among the most vulnerable because banking is widely done via mobile payment systems with credentials stored on SIMs.

All types of phones are vulnerable, including iPhones from Apple, phones that run Google's Android software and BlackBerry smartphones, he said.

BlackBerry's director of security response and threat analysis, Adrian Stone, said in a statement that his company proposed new SIM card standards last year to protect against the types of attacks described by Nohl, which the GSMA has adopted and advised members to implement.

CTIA, a US mobile industry trade group based in the US, said the new research likely posed no immediate threat.

"We understand the vulnerability and are working on it," said CTIA Vice President John Marinho. "This is not what hackers are focused on. This does not seem to be something they are exploiting."