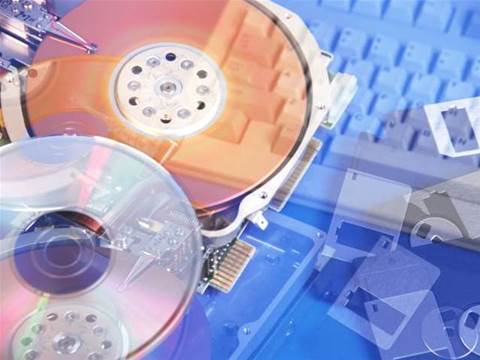 Scientists in Germany have developed next-generation Magnetic Random Access Memory (MRAM) that is said to operate as fast as fundamental speed limits allow.

By storing large amounts of data at high speeds and preserving stored data even when powered down, the technology could enable instant-boot computers and mobile devices, researchers say.

Today’s PCs typically operate on either Static or Dynamic RAM modules (SRAM or DRAM) that store digital information by means of electric charge.

SRAMs and DRAMs provide fast access to information. However, in case of power interruption, they lose their stored information, and are thus termed ‘volatile memory’.

“Volatile memories [such as] SRAM [and] DRAM lose their information upon power-off,” said Hans Werner Schumacher, who is researching MRAM at Physikalisch-Technische Bundesanstalt (PTB).

“That is why you have to wait some time during your PC is booting. During that time the PC is reading the information from the hard disk and writes it into the non-volatile chips on your PC.”

Schumacher mentioned Flash memory as an example of non-volatile memory. Flash memory currently is used in some mobile devices such as phones, cameras, and an expanding range of ‘netbooks’ led by the OLPC and Asus’s Eee PC.

MRAM is another example of non-volatile memory. Current, first-generation MRAM modules use magnetic field pulses to program magnetic information, and are used in automotive and industrial applications.

Normally, the magnetization has to undergo several precessional turns before reliable magnetization reversal takes place, so ST-MRAM is estimated to be a factor of 10 slower than the fastest SRAM technology.

However, using a new technique known as ‘ballistic switching’, Schumacher and his research team were able to achieve reliable magnetization reversal in a single precessional turn.

“In our work we show that one can optimize the programming of the bits by proper selection of the parameters of the current pulses used for programming the bits,” Schumacher told iTnews.

“This allows [devices] to reliably write the bits by pulses of only one-nanosecond duration. Using this technique future ST-MRAM [Spin Torque MRAM] could operate as fast as the fastest volatile memories.”

Compared to first-generation MRAM, ST-MRAM can be scaled down to very small sizes, thus promising high storage densities comparable to DRAM and Flash.

“In the future ST-MRAM has a very broad field of applications,” Schumacher told iTnews. “They are fast, have a high storage density, and are non volatile … present memories do not offer this combination of features.”

“Here, first gigabit prototypes have been produced. However these ST-MRAM are not yet in production.”

“Like in all new technologies some technological issues still have to be solved before market introduction,” he said.
Got a news tip for our journalists? Share it with us anonymously here.