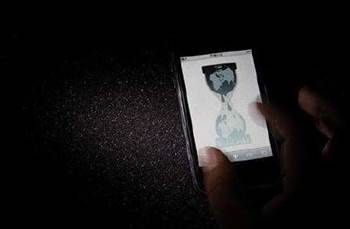 British police arrested five young men on Thursday following an investigation into Internet activists who carried out cyber attacks against groups they viewed as enemies of the WikiLeaks website.

"The arrests were related to recent 'distributed denial of service' (DDoS) attacks by an online group calling themselves Anonymous," London police said in a statement.

Internet activists last month carried out a series of online assaults against institutions they viewed as enemies of WikiLeaks, temporarily bringing down the websites of credit-card giants Visa and MasterCard, and of the Swedish government.

Several companies ended services to WikiLeaks after it angered the US authorities by publishing thousands of secret diplomatic reports. Sweden wants to extradite WikiLeaks founder Julian Assange from Britain for questioning over sexual assault allegations.

Officers from a specialist London police unit dealing with online crime detained the five males, aged between 15 and 26, in raids at homes in central and southern England.

British police said they were working with counterparts in continental Europe and the United States in their investigation into Anonymous.

A DDoS attack consists of swamping the resources of a computer such as a server to make it unavailable to users.

The maximum penalty in Britain for offences of computer misuse is 10 years imprisonment and a fine of 5,000 pounds (US$7,953).