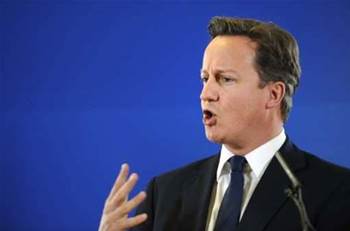 Speaking from Paris in the wake of the Charlie Hebdo terror attacks, Cameron said the government needed to work to safeguard intelligence activities against rapid advances in online communications.

“In our country, do we want to allow a means of communication between people which, even in extremis with a signed warrant from the home secretary personally, we cannot read?” he asked.

“My answer to this question is no. It is important in the future to make sure we can get this data when people are using the more modern forms of communication that are being made possible through the internet.”

He promised to introduce “comprehensive” legislation in 2016 to make all communications accessible to law enforcement and intelligence agencies, and to “make sure we do not allow terrorists safe space to communicate with each other”.

The renewed campaign followed attempts to pass the so-called ‘snooper’s charter’ in 2014 – a data retention bill requiring telecommunications providers to store metadata for 12 months after the EU court ruled against a Union-wide data retention scheme on privacy grounds.

The unsuccessful bill will expire next year, but if he retains the prime ,inistership Cameron has promised to revive and build upon the bill's powers in accordance with his anti-encryption stance.

However, he also sought to allay the concerns of local civil libertarians, stressing that communications metadata and content would only be accessed with the approval of the Home Secretary.

“Let me stress - this cannot happen unless the Home Secretary personally signs a warrant,” he said.

“We have a better system for safeguarding this very intrusive power that any other country I can think of."

He said he was “very comfortable that [the powers] are absolutely right for a modern liberal democracy”.