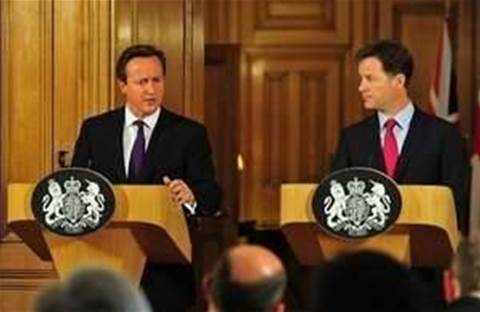 All internet providers and telcos operating in Britain will be forced to store information on their customers' activities for twelve months at a time, under a proposed new law that is being backed by all major parties in the UK Parliament.

The Data Retention and Investigation Powers Bill [draft] was introduced overnight under emergency provisions by the Conservative and Liberal Democrat government, and looks to provide UK authorities with expanded powers to intercept all types of communications.

Under the new law so-called Communications Service Providers (CSJs) must retain communications data for law enforcement purposes for up to twelve months.

This was already required under previous regulations, but these were struck down by the European Court of Justice recently, and the UK government now says the new bill addresses the judgement, thus re-enabling the mandatory data retention.

Beyond limits on how long data can be held and which types can be collected, other privacy safeguards in the bill include an annual transparency report on the amount of data collected; a privacy and civil liberties oversight board; and a reduced number of public bodies such as local councils that will be able to access the data.

It also amends the Regulation of Investigatory Powers Act or RIPA to rope in overseas companies that provide services to British customers.

This Bill ensures that, as the original legislation intended, any company providing communication services to customers in the United Kingdom is obliged to comply with requests for communications data and interception warrants issued by the Secretary of State, irrespective of the location of the company providing the service.

A senior official will be appointed to lead negotiations with the United States to facilitate and speed up data transfer cooperation under mutual legal assistance agreements.

According to the Home Office, the bill clarifies existing law without extending current powers. The proposed new law also includes a sunset clause for a mandatory review of the powers it bestows to authorities in 2016.

Cameron and Deputy Prime Minister Nick Clegg issued a statement in support of the DRIP bill, saying that Britain faces "credible threats" to its security from organised crime, paedophile activity as well as the turmoil in the Middle East and East Africa.

If we fail to act immediately, there would be a critical gap in our investigative capabilities. Put simply, lives will be put at risk.

While opposition Labour is supporting the DRIP bill, some of its members of Parliament are unhappy with it being pushed through under emergency provisions.

Labour MP Tom Watson said the bill "will be railroaded through the [House of Commons and the House of Lords] next week" with no debate or question.

Watson said that "none of your MPs have even read this legislation, let alone been able to scrutinise it". He is calling on constituents to speak to their MPs to make sure they don't vote for an unreviewed law in Parliament.