UK Government slammed over IT contracting 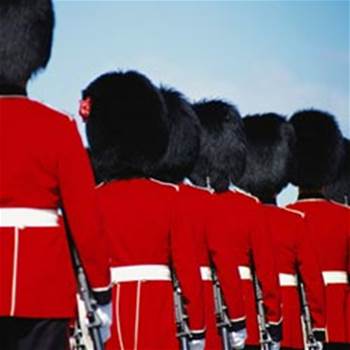 Report says British agencies pay too much for IT.

Green, appointed by budget-slashing UK Prime Minister David Cameron, has recommended that every contract valued at over £100 million (AU$161 million) be audited by a "central negotiating team" to carve the lard out of government IT and telecommunications costs.

Some £16 billion (AU$25 billion) in deals would have to be reviewed, he said.

Green laid out his criticisms in a simple Power Point-like presentation entitled the Sir Phillip Green Review, criticising agencies for their £61 million (AU$98 million) spend on laptops and desktops.

Green slammed the government's use of 13 IT service providers to deliver over 500 million machines to central government agencies.

"There is no standard specification across departments," he said, noting that pricing per machine varied between £2000 and £343.

Green criticised one agency for awarding hardware and software deals to a prime contractor valued at over £100 million (AU$161 million).

"The principal contractor subcontracts the majority of work to another major supplier. Therefore there are two profit margins," said Green.

"The scale of the waste uncovered by Sir Philip and his team is staggering," said Francis Maude, Minister for the Cabinet Office.

Unlike the highly stylised 109 page report on Australian agency spending on IT by the Rudd Government-appointed Sir Peter Gershon, Sir Green was short and blunt.

"Differential: 82 percent" was Green's final comment on the varied cost of computers.

Green's solution however was, like Gershon, to set up large scale contracts directly with manufacturers.

Australia's Department of Defence has since established - under Gershon's advice - a Federal government-wide software licensing deal with Microsoft, and more are whole-of-government deals are underway.

"At this level of volume, the Government should buy direct from a multinational manufacturer," Green said.

Mobile phones also came under the spotlight. An unnamed provider had some 68 contracts with various departments, "typically negotiated by each department separately and not ending at the same date," said Green.