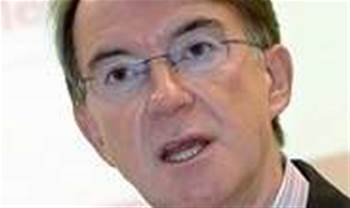 Speaking at the Digital Britain Forum taking place at the British Library today, Mandelson said: "Government cannot be indifferent to the wider national needs. Can we rest comfortably knowing that only half [of the UK] will have next-generation broadband?"

After the speech he was questioned further about public investment in high-speed broadband services.

"Of course there's a possibility – but not a certainty, due to those who operate above my pay grade. [But] market forces should not be displaced where they can do better job than government. " he said.

In his speech, Mandelson said that broadband would not just underwrite the communications industry, "it will re-define the production and competitiveness of British industry for years to come."

But Lord Carter's interim Digital Britain report defined the speed of this universal access as "up to 2Mbit/s," far behind speeds achievable for the 50 per cent of the UK in the catchment area of BT's and Virgin Media's optical-fibre rollouts.
Got a news tip for our journalists? Share it with us anonymously here.
Copyright © 2010 Computing
Tags:
bankrollbroadbandcouldgovernmentsuperfasttelco/isp