UK aims to have Europe's fastest broadband by 2015 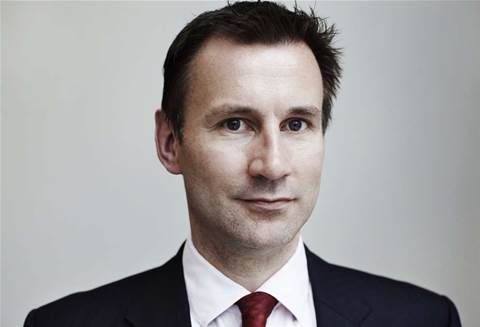 The British Government has pledged to ensure the country has the fastest broadband of any major European country by 2015, in a bid to boost the country's creative industries.

The pledge, made by United Kingdom secretary of state for culture, Olympics, media and sport, Jeremy Hunt, was made at Google's offices at the Silicon Roundabout, an area around Old Street and the outskirts of City of London which is home to many technology firms and startups.

"Getting the plumbing right for our digital economy is not just an advantage to consumers — it is also essential for our digital and creative industries, all of whom need reliable high-speed networks to develop and export their products as they move large digital files around the world," Hunt said this week, according to a report from The Guardian.

The country currently has the 14th fastest download speeds in Europe, according to net index tool Ookla, at an average of 17.84 Mbps.

It plans look to boost speeds by deploying fibre-to-the-node technology to two-thirds of the population by 2016, under a strategy aimed at offering "superfast services" of at least 24 Mbps to 90 percent of the country by 2015.

"To really be the best, you have to be the fastest," Hunt said.

The technology would provided a temporary stepping stone to the fibre-to-the-home technology being rolled out to 93 percent of Australian premises under the National Broadband Network, but flies in the face of a recent House of Lords committee report, which urged the Government to more quickly move to FTTH technology and achieve more ambitious targets.

"[The Lords] suggest that fibre to the cabinet is the sum of the government's ambitions," he said.

"They are wrong. Where fibre to the cabinet is the chosen solution, it is most likely to be a temporary stepping stone to fibre to the home."

Labour's culture spokeswoman Helen Goodman said the current Government's plan prioritised speed over access, and would mean millions would have to wait at least three more years for a broadband connection.

Those industries, and others in which the country excels such as animation and video games, would increasingly rely on fast broadband, Hunt said, to "move large digital files around the world".