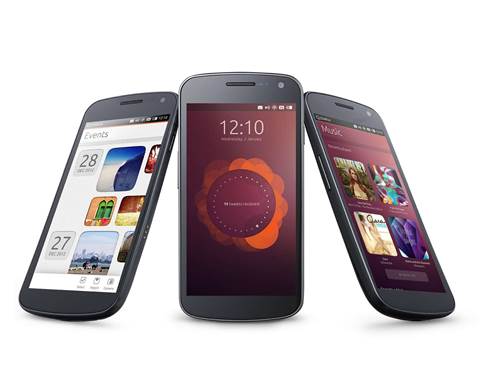 Linux-based smartphone OS built with security and management in mind.

Linux distributor Canonical has launched a long-rumoured Ubuntu operating system for smartphones  in a move that provides fleet managers another rock solid choice in the enterprise.

Canonical demonstrated at the launch the ability to turn a smartphone running Ubuntu into a full-fledged Ubuntu desktop PC by simply docking the smartphone with a keyboard and monitor.  In what could be the OS’s key differentiator in a highly competitive mobile market, the docked phone can act as a thin client for Remote Desktop applications, allowing users to stream Windows apps from corporate data centres. 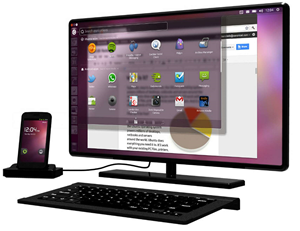 “We expect Ubuntu to be popular in the enterprise market, enabling customers to provision a single secure device for all PC, thin client, and phone functions,” said Canonical CEO Jane Sibler. “We also see an opportunity in basic smartphones that are used for the phone, SMS, web, and email, where Ubuntu outperforms thanks to its native core apps and stylish presentation.”

Another enterprise-striking feature is the ability to manage - down to the kernel level - every app that is installed on the phone using existing enterprise management tools such as Landscape.

“It's the full Linux, it's essentially Unix in your pocket. That means all the security stories that are true of desktop and server Ubuntu are true of the phone. It means the multi-user story is there. It means the application containment story is there, using Linux containers and virtualisation. It means the parallel SMP [symmetric multi-processing] multi-core story is there from the beginning. You can do things with Ubuntu devices on the high end that just wouldn't be possible with other mobile OS’s,” explained Mark Shuttleworth, the founder of Ubuntu.

The Ubuntu mobile OS also supports the Android kernel and drivers, which enables the OS to run on current Android tablets and smartphones. Canonical notes that unlike Android, Ubuntu does not have the overhead of a Java virtual machine and allows the OS to deliver much better performance even on low-end hardware.

The firm plans to initially release the mobile driven OS as a free download for installation on any Samsung Galaxy Nexus phones in the coming weeks, with support for other Android handsets and tablet computers to come soon after.

The company is also planning to ship the first Ubuntu handset at the end of 2013, but no manufacturing partners and supported carriers were named in the announcement.