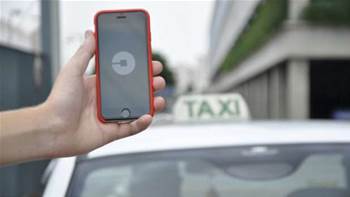 Ride-sharing juggernaut Uber is offering the trip data it collects from riders and drivers to town planners in the hope it might make cities more efficient.

According to Uber, its 'Movement' website will enable access to anonymised datasets tracking more than two billion trips made by its passengers. It says the data offers a historical insight into traffic patterns during different times of the day, and the impact of events like rush hours and road closures on congestion.

The ride sharing service anticipates Movement data will be picked up by civil servants, town planners and policy makers involved in transportation decision making. It plans to make the data available to the general public as well in the coming months.

Rider and driver data from Movement is anonymised and aggregated to ensure no personally identifiable information (PII) or user behaviour can be extracted from the datasets, the company said.

Uber data compiled from 42,000 drivers in Sydney, Melbourne, Brisbane and Perth has already been used to produce the Infrastructure Partnerships Australia Transport Metric [pdf] - a detailed picture of how the country's road networks perform in major cities.

Launched in October last year, the IPA Transport Metric calculates a Travel Time Index from the Uber data captured during trips in the above cities, to quantify how efficient the transport network in a particular urban area is.

The executive director of the Greater Sydney Commission, Michael Comninos, said Movement will be available through his organisation's Greater Sydney Dashboard, to help planners understand how the city moves during different times of the day.

Movement marks a cooperative shift in direction for Uber. In the past it has shown a willingness to push up against the boundaries of government regulation and transporation law, placing the company at odds with authorities around the world, and banned totally in one United States city and partly in Germany.