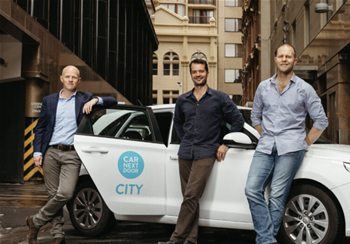 As an option for longer distance trips.

Uber has snapped up Australian peer-to-peer car sharing platform Car Next Door for an undisclosed sum.

Car Next Door started in 2012 as a way for people to rent out private vehicles when they were otherwise not in use.

Uber said in a statement that “post acquisition, Car Next Door will report into Uber’s Australian team, but will otherwise operate independently, with its existing leadership team remaining focused on building and scaling their technology in more cities across Australia.”

“A lot has changed in that time but one thing has stayed constant: a shared vision that we need to make transport not just safe, convenient, and affordable – but also sustainable,” he said.

Taylor said that Car Next Door would give Uber users something they had not had access to before - access to a car for “mid-range and longer-distance trips”.

“This deal will change that, and mean that the Uber platform can be a reliable and convenient alternative to the choice to own a car,” Taylor said.

Car Next Door’s CEO and co-founder Will Davies said that the deal would help the company “scale up our ambitions and look to move Australians away from the over-reliance on the private car.”