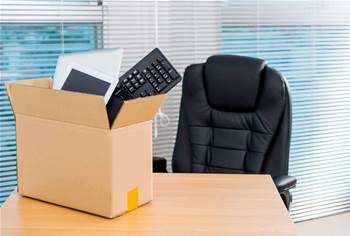 NBN Co has stood down two employees over their alleged involvement in the leaking of damaging internal documents following an Australian Federal Police raid last week.

An NBN spokesperson confirmed the two staff had been stood aside while an investigation is underway, as first reported by The Australian.

It is understood information gathered as part of AFP interviews conducted with upwards of seven NBN staff at the same time as the raids on the office of Labor senator Stephen Conroy and the home of a staffer of Shadow Communications Minister Jason Clare, late last week led NBN to the two workers.

NBN declined to name the two employees in question or comment further.

It is understood NBN is unlikely to take disciplinary action against any other staff members.

NBN called in the AFP in December last year to investigate a series of leaked damaging documents after it failed to identify the culprits as part of its own internal investigation.

The leaked documents included an internal progress report that revealed the NBN was running behind on its fibre-to-the-node rollout.

Another detailed NBN's intention to overbuild the degraded Optus HFC network, while a third revealed the remediation bill for Telstra's copper would likely be ten times more than expected.

Communications Minister Mitch Fifield yesterday revealed he knew NBN Co had asked the AFP to investigate the matter, but claimed not to have informed the Prime Minister or any other ministers.

Fifield is one of two shareholder ministers for the NBN. The other is Finance Minister Matthias Cormann.

Prime Minister Malcom Turnbull was the Communications Minister for two years before appointing Fifield into the role last September.

Fifield denied giving any direction to NBN Co to involve the AFP in the leak investigation, and said after he became aware the company had contacted the federal police, he had kept the matter secret from his cabinet colleagues.

"I have had no interaction with the AFP during their investigation. Nor did I have any knowledge of, nor involvement in, matters that occured this week, as was confirmed by the AFP commissioner yesterday," Fifield said in a statement yesterday.

"As an AFP investigation was underway, I did not advise other ministers or the Prime Minister of this matter."

Do you know more? Let us know