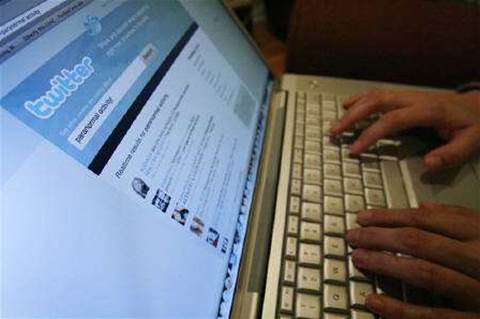 Twitter users tweet messages with regional dialects, using "suttin" for "something" if they are New Yorkers and "sumthin" if they are not, a new study found.

The social media site is displaying new dialects because it is such a conversational form of writing, according to the Carnegie Mellon University study to be presented on Tuesday to the Linguistic Society of America meeting in Pittsburgh.

On Twitter, users send or tweet messages no more than 140 characters long and often abbreviate to accommodate the short, quick format.

"Written communication often is less reflective of regional influences because writing, even in blogs, tends to be formal, and thus homogenised," the study team said in a statement.

The word "very" is often expressed as "OD" in New York and "hella" in northern California, the study found.

The word "you" is often "uu" in New York but a single 'u' elsewhere, it said. Twitter users in large cities are more likely to use 'yu' than those in rural or suburban areas.

Regional dialects may be present on Facebook and other social media, but those are more private and less easily studied, said Jacob Eisenstein, who led the study.

The differences in regional expression allowed researchers to predict the location of a user in the United States within about 300 miles, Eisenstein said.