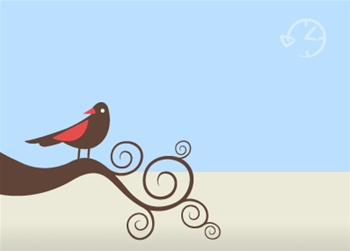 Dashboard will allow companies to monitor tweets relating to their business.

Twitter is said to be planning an 'analytics dashboard' for companies that want to track tweets relating to their business.

Twitter co-founder Biz Stone said at an event in Mexico City yesterday that the new service would be offered at a cost, although he did not give an indication of how much, according to a Bloomberg report.

A company wanting to keep track of what is being said about its business, its products or the industry as a whole will mostly use third-party applications, such as search.twitter.com, or desktop applications like Tweetdeck.

Microsoft has also launched a service called Twendz, which claims to track sentiment as well as names.

Twitter launching its own service is likely to encourage more businesses to monitor the 'Twittersphere' in order to gauge public feedback on actions and ideas.

The new analytics service will also be offered on a limited basis, Stone said, in a similar fashion to how the micro-blogging site has rolled out Verified Accounts.

Twitter announced in June that it would experiment with a beta version of Verified Accounts on a "small set" of users. Official accounts carry a tick symbol in order to tackle the problem of businesses suffering reputation damage when cyber squatters appropriate their identities and make misleading posts.

Twitter generally struggles to take on new projects because it lacks a revenue model, and Stone mentioned at the time that this lack of resources is the reason why Verified Accounts had to be limited to just a few customers.

However, the company said in February that it would start creating products designed to bring in more revenue, after reportedly raising $35m (£24m) in funding from US venture capital firms Benchmark and Institutional Venture Partners.

Other reports this year have also claimed that Twitter may start offering statistics to businesses on the effectiveness of their Twitter strategies.

Got a news tip for our journalists? Share it with us anonymously here.
Copyright ©v3.co.uk
Tags:
accountsanalyticsbusinessesservicesoftwarestonetwitter