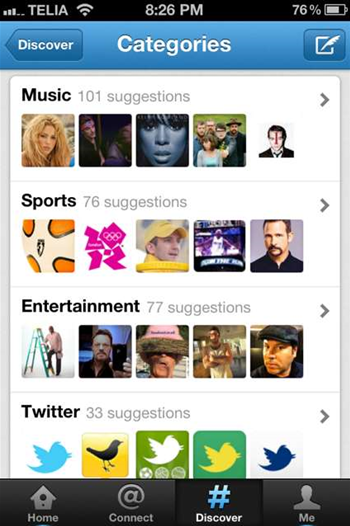 Twitter has unveiled a revamp of its social network in a bid to tackle increasing competition and similar styles employed by competing networks Google+ and Facebook.

The company said it has put a "framework" in place to roll out a new features including simplified interfaces for its standard website as well as versions for the iPhone and Android phones.

An update is also expected for its recently acquired TweetDeck app while an iPad update for its standard client is in the pipeline.

"We now have a framework in place that we will quickly build and iterate upon to help users connect with whatever is meaningful to them," the company said.

The redesign, unveiled by Twitter co-founder Jack Dorsey at the company's San Francisco headquarters on Thursday, aims to make the experience across mobile and the web more consistent.

Business Insider reports that Twitter hopes the overhaul will unearth for the mainstream information held behind conventions such as "@" and "#".

The changes come as Twitter ramps up its push into advertising.

While the new web interface will be rolled out gradually, the iOS and Android apps, released Thursday, highlight four tabs at the bottom of the screen: Home, "@ Connect", "# Discover", and "Me". On the web, the tabs appear at the top.

The "Home" section, consisting of accounts a user follows, will directly embed linked videos, photos and conversations in similar fashion to third-party apps such as Flipboard.

"@ Connect" contains two tabs, Interactions and Mentions, which give visibility into who the user has communicated with and who they were mentioned by.

"Discover", the most visible change, offers a central location to find hashtag topics, trends, who to follow, find friends, and an in-road to browse categories (see image) such as sports, books, music, news and so on with the aid of tiled images of the account's profile.

"Me" provides all the information about the account holder, lists, drafts and saved searches.