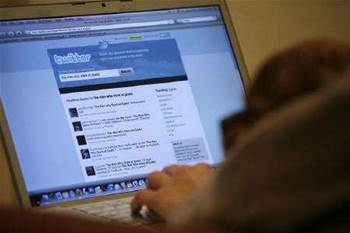 Up to US$50m price tag rumoured.

Twitter has made an offer to acquire TweetDeck, a popular third-party software application for using Internet social networking services, for up to US$50 million, according to a person with knowledge of the matter.

The cash and stock deal could close in less than ten days, the source said, and would represent one of five-year-old Twitter's largest acquisitions to date.

The deal would give Twitter an application that has won praise among sophisticated users for its slick interface and enhanced capabilities, while closing out a potential threat to Twitter's fast-growing service.

TweetDeck had been in acquisition discussions with UberMedia, a Pasadena Web company founded by entrepreneur Bill Gross, in a deal that was valued at less than what Twitter offered.

UberMedia has been amassing a collection of Twitter applications which some commentators have speculated could ultimately be used to create a rival social network to Twitter.

The exclusivity terms of UberMedia's offer for TweetDeck expired in mid-April, allowing TweetDeck to respond to the Twitter offer, according to the source.

The deal comes a little over a month after Twitter co-founder Jack Dorsey returned to the company as executive chairman to oversee product development.

Twitter, which allows people to send 140-character text messages, or Tweets, to groups of so-called followers, is one of the Web's most popular social networking services, along with Facebook and Zynga.

The service has become a popular communications tool for celebrities, politicians and businesses, and has played a role in several geopolitical events, such as recent uprisings in the Middle East.

In December Twitter was valued at US$3.7 billion in a $200 million funding round led by venture capital firm Kleiner Perkins Caufield & Byers. Subsequent auctions of Twitter shares on the secondary markets have suggested investors were valuing the shares at more than US$7 billion.

Twitter's offer for TweetDeck is between US$40 million and US$50 million, according to the source, depending on how Twitter's shares are valued.

News of the Twitter deal for TweetDeck was first reported by the technology blog TechCrunch on Monday.