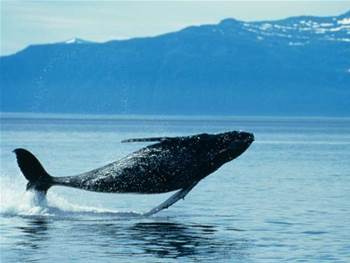 Whale of a fail.

Twitter suffered its second widespread outage in five weeks on Thursday, in a blow to the micro-blogging service's reputation and reliability.

Twitter — infamous for its "fail whale" outage messages in its early years — went dark for hours on Thursday due to what the microblogging service called an "infrastructural double-whammy".

Users trying to log on to its website were greeted only by an incomplete error message: "Twitter is currently down for. We expect to be back in."

"Users may be experiencing issues accessing Twitter. Our engineers are currently working to resolve the issue," the San Francisco-based company wrote in a blog post shortly after 8:30 a.m. Pacific time (1530 GMT).

The issues appeared to be fixed around two hours later.

"The cause of today’s outage came from within our data centers," Twitter's vice-president of engineering, Mazen Rawashdeh, later explained in a blog post.

"What was noteworthy about today’s outage was the coincidental failure of two parallel systems at nearly the same time ... I wish I could say that today’s outage could be explained by the Olympics or even a cascading bug.

"Instead, it was due to this infrastructural double-whammy. We are investing aggressively in our systems to avoid this situation in the future."

The issue overnight revived concerns that stability issues may once again be plaguing Twitter, which claims to have significantly improved its infrastructure. The company blamed a previous incident in June on a "cascading bug".

Founded in 2006, Twitter's phenomenal growth means it has struggled to handle the ever-rising volume of tweets. But in recent years, it has devoted considerable resources toward improving reliability in a move to project itself as a mature, polished brand.

Google's online messaging and voice calls service — Google Talk — also went down for hours on Thursday in what appeared to be a separate outage. The issue should have been resolved as of mid-morning, according to the company's status update page. 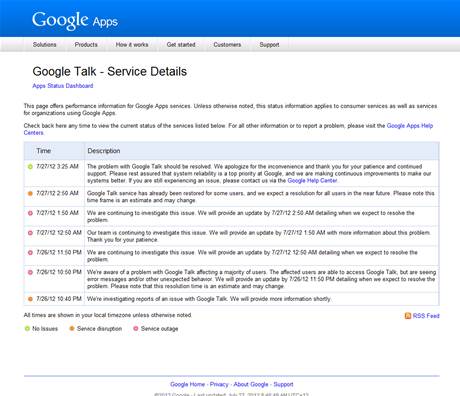