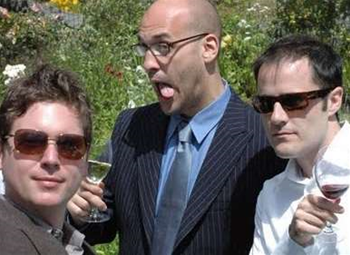 Back to the future.

Biz Stone, one of Twitter’s three co-founders, has left the company to relaunch The Obvious Corporation, which salvaged Twitter when many ridiculed it as a “useless” platform.

"Lately, it has come to my attention that the Twitter crew and its leadership team have grown incredibly productive. I've decided that the most effective use of my time is to get out of the way until I'm called upon to be of some specific use," Stone wrote on his personal blog Tuesday.

Stone is the last of Twitter's co-founders to have left the company and was responsible for Twitter’s corporate culture, according to the All Things Digital blog.

The Obvious Corporation was formed in 2006 when Stone, Williams and other employees of podcasting company Odeo brought out the assets of the ailing company from its venture capital backers.

“The assets of Ev's freshly acquired failure included Twitter—a project I had put much effort into with Jack Dorsey and others,” Stone said.

“It was something we were endlessly ridiculed for as being "useless", but we believed in it and Evan believed in us so he kept funding us until Twitter started spreading like wildfire. In 2007 Jack, Ev, and myself founded Twitter, Inc with outside capital.”

The co-founders of the relaunched Obvious are Stone, Williams, and the former vice president of product for Twitter, Jason Goldman, who was also the former product lead for Google’s Blogger service.

Obvious has yet to divulge what it is working on, but it is seeking expressions of interest from designers and engineers who can “create great Internet products”, as well as businesses interested in partnering with it.

The company claims to make "systems that help people work together to improve the world”.

“We're are not ready to discuss specifics except to say that our thesis is building systems that help people work together to improve their lives and the world,” Obvious explains on a Q&A page.