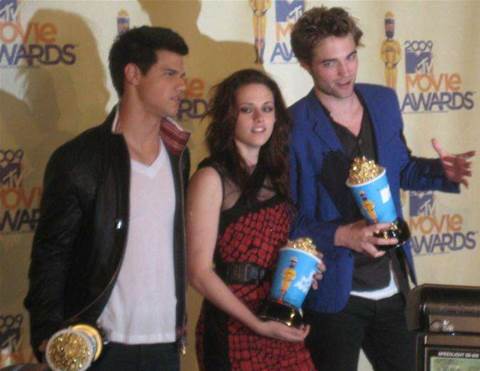 Growing interest on the web over the 'Twilight' vampire series is making life more risky for fans to investigate online, say experts.

A recent report from security firm PC Tools documented a growing number of attacks and scams related to the popular book and movie series. With the release of the New Moon film sequel, the company only expects such attacks to increase in volume.

PC Tools said that many of the attacks followed familiar patterns, such as fake video sites. Scammers have loaded comment and forum pages with spam messages linking users to sites which claim to offer users exclusive videos of New Moon.

Rather than watching a bootleg of the movie, however, users are subjected to the classic 'fake codec' attack in which the user is duped into installing a trojan application disguised as a video player or plug-in.

IT administrators are advised to block codec downloads on corporate systems.

In addition to the phony video attacks, the company also noted a series of attacks targeting searches on the stars of the film.

Researchers found a number of sites which have been specially crafted to appear as results for search queries on series author Stephenie Meyer. Promising text from an interview, the pages instead subject users to a fake antivirus attack. The pages display phony malware warnings and attempt to sell users non-existent antivirus tools.

Such attacks have become favoured techniques amongst malware writers in recent years. Attackers have increasingly relied on phony web pages based on major news and cultural events to trick users into downloading malware.