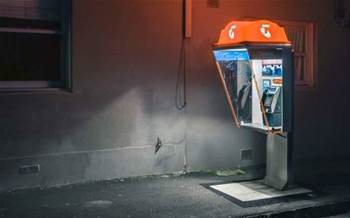 Telstra’s revised definitive agreements to hand over its copper and HFC networks to NBN has come into force after the competition regulator today said it had approved the telco's migration plan.

The approval means all the preconditions on the revised definitive agreements have now either been met or waived, allowing NBN to progressively take ownership of Telstra’s final mile networks.

With the deal complete, the network builder said in a statement it would launch its wholesale HFC offering in 2016.

“Our task is to complete the build in the next five years and our agreement with Telstra will help us to do just that. Using existing infrastructure means we can build the NBN network sooner and at less cost to taxpayers than originally anticipated,” NBN CEO Bill Morrow said.

Telstra managed to retain the $11 billion value of its former 2011 definitive agreements in the new contract.

The revised agreement between Telstra and NBN, which was adapted for the Coalition’s multi-technology mix model, was agreed to in December last year.

Under the contract, Telstra will disconnect premises from its copper and HFC broadband networks within the NBN footprint, but rather than decommission the networks, NBN Co will take over ownership of the copper and HFC to use them where it sees fit in for its multi-technology NBN rollout.

“As we said at the time we signed the revised definitive agreements in December 2014, we have achieved the key principle of maintaining the overall value of the original agreements,” Telstra chief executive Andrew Penn said in a statement today.

Telstra was required to present the ACCC with a revised migration plan, which it submitted in March, and gain approval from the Australian Taxation Office for the definitive agreements to go ahead.

The updated migration plan modifies some migration and disconnection arrangements in the interests of service continuity while taking into account the Coalition's multi-technology mix NBN.

“The revised migration plan will better protect consumers from premature disconnection of their phone and internet services,” ACCC chairman Rod Sims said in a statement.

The ACCC’s approval of the plan was required because of the restrictive trade practices provisions of the Competition and Consumer Act 2010.

The regulator has also warned it might need to reassess the migration and disconnection arrangements down the track, once the rollout is underway.