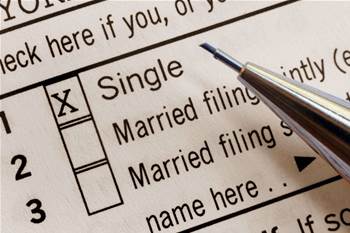 Prime Minister Malcolm Turnbull has sought to allay concerns about the privacy and security of the personal details collected under the Census as fears about the national poll continue to grow.

His comments come as several MPs speak out against the Australian Bureau of Statistics' decision to retain and use the names and addresses collected in the national poll for four years so it can link Census data with other datasets across government.

Concerns have been growing amongst the community in the weeks leading up to the August 9 compulsory household survey, with many calling for a boycott of the Census over privacy and security fears.

This week the ABS was forced to answer questions about the security of the online Census after it was revealed to be supporting a deprecated form of encryption widely known to be insecure.

It has also been subject to sustained criticism about the privacy implications of retaining and linking the sensitive data.

In response to the community backlash, Turnbull today fronted media in an attempt to assure citizens their personal details would be safe from theft or misuse.

The PM argued the details collected as part of the Census are protected by "law and practice" and said the ABS had a track record of "always protecting people's privacy".

Australian statistician David Kalisch defended the ABS' approach to privacy and security, and said the agency had never had a breach with Census information.

He reiterated that names and addresses would be kept in separate databases to other Census information and "never brought together".

Kalisch did not directly respond to criticisms about the ABS' handling of the public's concerns, saying only that such concerns are raised with every Census.

But several MPs have taken issue about the change in approach, with independent Nick Xenophon going as far as to call for the Census to be delayed.

He said his office had received numerous complaints from those concerned about their privacy and data, and from others who were struggling to access the online form.

Fellow independent Andrew Wilkie also spoke of a "broad feeling of confusion in the community" about the sudden change in policy, and criticised the government for not adequately dealing with citizens' concerns.

"Despite the collection of names in previous censuses the logic for this has not been communicated to the public, if indeed there is any logic at all," he said in a statement.

"Nor has any explanation been given for why the ABS holding this information for much longer than normal is warranted."

Former ABS chief statistician Bill McLennan has called the ABS' new policy - which was rejected in 2005 as too dangerous to privacy and security - as the “most significant invasion of privacy” ever perpetrated by the ABS.

Privacy lobby group Electronic Frontiers Australia has called it a “serious breach of trust”, and NSW Privacy Commissioner Elizabeth Coombs this week said she was “concerned” about the risks.