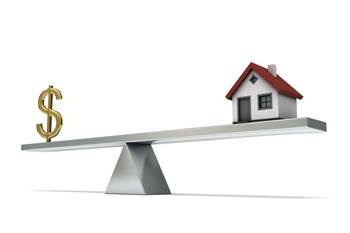 Fork out for ownership of passive infrastructure and third-party fibre.

Shadow communications minister Malcolm Turnbull has flagged an amendment to greenfields legislation that could see NBN Co pay to own pit-and-pipe infrastructure and third party-deployed fibre in new housing estates.

Turnbull used a parliamentary committee on the NBN to test the waters for his amendment, which would require NBN Co to buy out the networks of private fibre operators, assuming they were built to NBN specifications.

NBN Co would have to commercially agree on a price per house. Pit-and-pipe alone ranges from $500 to $1,000; with fibre can be up to $3,500 a lot, although it's more commonly about half that.

The amendment, if passed, would differ significantly from current NBN greenfields provisions, which make housing developers responsible for rolling out pit-and-pipe that is signed over to NBN Co to get fibre.

Developers could also choose - at their own expense - to have a third-party such as Opticomm or OPENetworks roll out fibre in their estates, instead of NBN Co.

The Telecommunications Legislation Amendment (Fibre Deployment) Bill 2011 was expected to be debated in the House of Representatives next week.

It denoted NBN Co as fibre provider of last resort for greenfields developments of 100 premises or more, built after 1 January this year.

Telstra was responsible for deploying telecommunications infrastructure in smaller developments.

The Coalition amendment would be raised once the bill was brought to the House of Representatives.

Negotiations had begun with independent cross-benchers and the Greens to garner support for the amendment.

Representatives from the Department of Broadband would not comment on the amendment specifically but warned any significant changes to the legislation could push its passage back another six months, having already been delayed a year.

Despite clarification attempts by Communications Minister Senator Stephen Conroy this week, developers and third-party fibre builders have sought greater certainty on the division of responsibiltiies in greenfields estates.

Third-party builders, in particular, feared NBN Co acting as provider of first resort to housing developers, effectively shutting them out of work.

Developers, on the other hand, remained concerned about pit-and-pipe ownership after a four-month tussle between Telstra and NBN Co over who the handover of passive infrastructure built by Telstra under contract with housing developers.

Turnbull's amendment was put to the likes of the Productivity Commission, the Department of Broadband, greenfields operators Opticomm and TransACT, and the Housing Industry Association.

The greenfields operators all tentatively supported the amendment.

"We would never love to build a network and see it go to someone else," Opticomm chief executive Paul Cross said.

"[But] the concept is better than where we stand today."