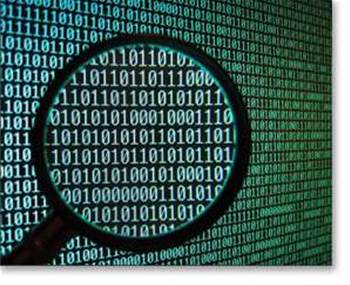 'The ball is in your court'.

Prime Minister Malcolm Turnbull has put the onus on the technology companies providing end-to-end encryption to work out ways law enforcement can access the communications of criminals and terrorists.

In a speech in London overnight, Turnbull said companies should not be able to build end-to-end encryption tools that meant nobody - including courts and law enforcement - could access the content of communications.

The Australian government - along with its G20 counterparts - is looking at ways it can legally gain access to encrypted messages.

The government has repeatedly denied it is asking for backdoors to be built into encrypted messaging products, however technology companies and security experts say encrypted communications - for which individual users hold the decryption keys - cannot be accessed without doing so.

Attorney-General George Brandis last month said the government would try to secure co-operation from technology companies and internet service providers through an agreed set of protocols, rather than legal requirements.

He also hinted at a potential tweaking of warrant exchanges between Australian and Five Eyes law enforcement to more easily access data in those jurisdictions.

"What we need is to develop, and what we’ll be asking the device makers and the ISPs to agree to, is a series of protocols as to the circumstances in which they will be able to provide voluntary assistance to law enforcement," Brandis said.

Turnbull overnight told technology companies "the ball is in your court" when it comes to finding a solution to the problem.

"... just as a locked bank vault or filing cabinet cannot resist a court order to produce a document, why should the owners of encrypted messaging platforms like Whatsapp or Telegram or Signal be able to establish end to end encryption in such a way that nobody, not the owners and not the courts have the ability to find out what is being communicated," Turnbull said.

"[We are saying to Sillicon Valley] you have created messaging applications which are encrypted end to end, they are being used by terrorists and criminals to hide their murderous plans.

"You must ensure that these dark places can be illuminated by the law so that the freedoms you hold dear will not be stripped away by criminals your technologies have made undetectable."

Turnbull conceded it would be a "difficult conversation" but argued the best defence against terrorists was "good intelligence".

"We have in the last few years disrupted 12 major terrorists plots, including several that would have resulted in large mass casualty attacks," he said.

"How many more can we disrupt if every communication, by every conspirator, is encrypted end to end and cannot be read despite every lawful right, indeed duty, so to do?"

The prime minister reiterated that the government would not pursue backdoors or access to technology companies' source code.