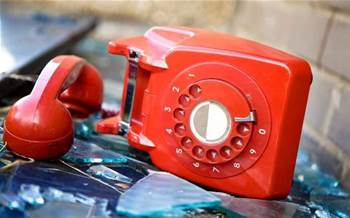 To avoid repeat of past problems.

The federal government is considering extending the deadline for the disconnection of Telstra's copper for home and business owners stuck in service class zero limbo.

The Department of Communications today released a new draft policy on NBN migration for public consultation, which it moved to create last year after struggling through a difficult first batch of transfers from Telstra's copper network to the NBN.

One key focus of the proposed policy is to address end users who discover their properties need further construction or remediation work to connect to the NBN after they have placed an order for a service from a retail service provider.

In the past, such customers were rolled back to “service class zero” status, meaning they were unable to either reconnect to the old copper network or place an NBN order with an RSP.

The government is now proposing that such customers be able to temporarily reconnect to the old copper network and be given an additional six months before their copper is switched off, as part what will be known as a ‘service continuity region’.

It said it would no longer rollback a premise that had incorrectly been classified as serviceable to service class zero status, and would instead use "all reasonable endeavours to make the premises serviceable as quickly as possible, while the RSP’s order remains intact with NBN," according to the policy.

Likewise, where a copper line has accidentally been disconnected too early, end users will be able to request to have it reconnected.

The proposed migration policy also highlights two groups of end users for special attention when it comes to communications about migration.

The first group, dubbed ‘tier one users’, are priority assistance customers and medical alarm users. The second category, ‘tier two’, covers people with a cognitive or sensory impairment, English as a second language, and the elderly.

Under the policy, NBN’s community relations team will develop special plans with major community groups - such as Vision Australia and National Seniors Australia - in order to reach customers with special communications needs.

The policy also urges RSP to encourage users to migrate early, and to waive any fees for customers who do so.

Last May the first 15 fibre-serving area modules (FSAMs) were migrated over to the NBN.

However, as the federal government later admitted, many of these end users experienced “less than satisfactory outcomes” in the process.

Common problems included contractors missing appointments and premises being unserviceable, a lack of customer awareness about risks, poor cooperation between the parties involved, and key products not being available.

Some residents of multi-dwelling units (MDUs) complained on social media and Whirlpool about having to wait 15 months or longer to be switched over to the NBN, while lacking any fixed-line connection, due to problems in the migration process.

The migration assurance policy (MAP) released today was Turnbull's response to the issue and an attempt to clarify the responsibilities of those involved in the process.

The full documents are available on the Department of Communications website, with the consultation period open until August 20.