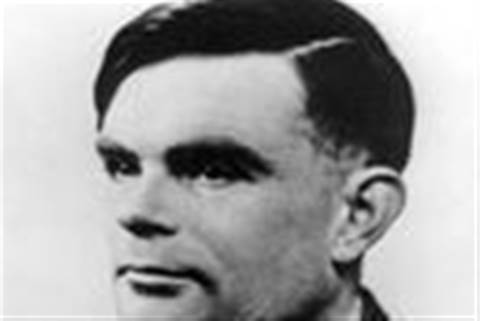 A last-minute donation from the National Heritage Memorial Fund, after an 11-hour long action, has made it possible for Alan Turing’s collection of academic documents to be saved from being bought by private buyers.

The papers, containing the works of World War II code breaker Turing, will now be kept at Bletchley Park, which was reconverted into a museum after being used as a code-breaking station during the war.

Considered to be one of the fathers of computer science, Turing played a crucial role in World War II counter-intelligence and worked for the Government Code and Cypher School at Bletchley Park.

He was responsible for breaking a large number of Nazi ciphers, including the German Enigma code. After the war, Turing continued his work as a pioneer computer engineer, and developed what’s considered to be one of the first designs for a stored-program computer.

The papers that have been saved are crucial parts of Turing's scientific works. They include articles such as "On Computable Numbers," credited as one of the most important documents in the history of computing.

IT journalist Gareth Halfacree was responsible for starting the campaign to save Turing's papers, which were at risk of going to a private investor. Halfacree had managed to raise £28,500 ($A45,500), until Google pledged $US100,000 (about $101,000) to the fund last November.

When it seemed like the papers' cause was lost, the National Heritage Memorial Fund provided £213,437, after the auction. That sum of money, added to the previous contribution plus the £20,000 donated by a private anonymous benefactor, made it possible to reach the necessary amount to get a hold of the papers.

A victim of homophobia, Turing was prosecuted for his sexual orientation in 1952 and ended up being the subject of chemical castration. He committed suicide in 1954.

British PM Gordon Brown made an official public apology in 2009 – following a campaign on the internet – on behalf of the Government for the way in which Turing was treated after the war.