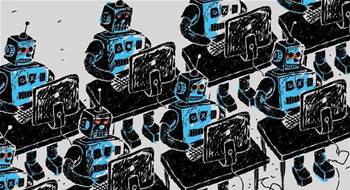 The creators of the Mirai botnet worm that wreaked havoc on the internet two years' ago with massive denial of service attacks have avoided jail sentences.

Americans Paras Jha, Josiah White and Dalton Norman, all aged in their 20s, were sentenced to five years of probation, 2500 hours of community service, and ordered to pay US$127,000 (A$175,000) in restitution each.

The trio also surrendered an unspecified but significant amount of cryptocurrency, the United States Department of Justice said.

Jha, White and Norman plead guilty last December and were able to stay out of jail by cooperating with the US Federal Bureau of Investigation on cybercrime and security matters.

They have already helped the FBI with other investigations and will assist the wider cybersecurity community as part of their sentences.

Mirai attacked internet of things devices such as wireless cameras, routers, and digital video recorders and created botnets with several hundreds of thousands of devices.

The botnets swamped internet-connected networks with traffic by launching massive denial of service attacks against them.

Several Mirai copycats appeared after Jha posted the source code for the worm in a criminal internet forum, the DoJ said.

On top of being found guilty for creating Mirai, the three also admitted to having developed a second piece of malware that infected home internet routers and joined them into a botnet.

That botnet compromised over 100,000 devices in the US, and was used by the trio to commit click fraud against advertisements.