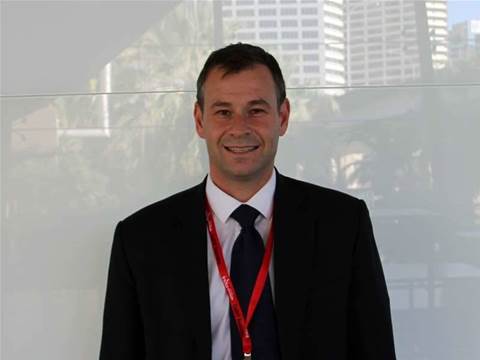 The Australian Treasury is rolling out a custom analytics platform to allow its data modellers to draw more information from government records and social media.

The platform, dubbed Odysseus, was built by an in-house team of eight over two years and delivered to Treasury’s domestic economy modellers in late 2011.

Treasury chief information officer Peter Alexander said the department was now working towards rolling out the platform to all data modellers across the department.

“Treasury is a massive collector of data,” Alexander told iTnews at the CeBIT technology conference in Sydney.

“We get data from the ABS [Australian Bureau of Statistics], the Reserve Bank, from all these other economic sources that we collect and do modelling to see where the economy is going.”

Alexander said Treasury’s data modellers traditionally loaded data into Microsoft Excel for analysis, which was “not necessarily the most efficient way to do it”.

Odysseus automatically updates Treasury databases with any new data from the ABS, Reserve Bank and other sources, to be accessed by data modellers through a custom tab in Excel.

The platform was built on data warehouse, extraction and analysis tools from Microsoft and hosted on virtualised servers in Treasury’s in-house data centre.

He said users had responded positively to Odysseus, with executives now able to update monthly presentation charts at the click of a button, instead of requiring a week’s work by analysts.

The platform could also benefit from an ongoing electronic records management project that was expected to deliver an integrated SharePoint system to all staff by next year.

“Record keeping is supposed to be about discovering data and being able to find things,”  Alexander said, noting that various Treasury divisions had been using separate instances of SharePoint since 2007.

“We’ve kind of gone into a place of blind compliance in some spaces, to say ‘I will keep a record and I will keep a compliance sheet’ without thinking about what the outcome is.

“We’re being as conservative as we can be in terms of timing, because we know that the biggest issue is not about the system – it’s a cultural change, a business change.”

The SharePoint library will be linked to Odysseus, providing a greater store of structured and unstructured data for analysis.

Future improvements to the platform could include big data analytics technologies like Hadoop, allowing data modellers to discover trends in social media and compare those to their traditional models.

“Odysseus at the moment is about structured data. The next phase will be to say what data is useful that is unstructured,” he said.

“If we’re looking at the impact of particular economic changes to household data, there’s a whole lot of trend information in social media where people are talking about how much they’re struggling… maybe that’s useful input.

“We know there’s value in this data; we know that these tools have great potential to be really useful to us to look at the information that’s coming out of structured data and comparing it to unstructured data.”