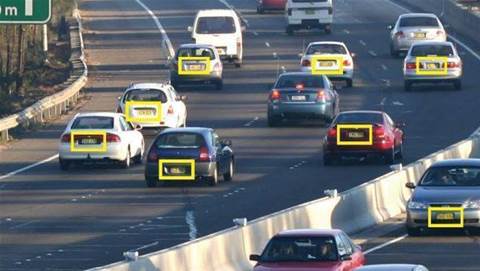 The days of e-tags fixed to windscreens bleeping at drivers as they pass motorway toll collection points are officially numbered.

The smart tolling foray is just one of a swag of new digital traffic initiatives revealed by the ASX-listed infrastructure company on Monday as it revved-up its big picture vision for how the roads it builds and operates will tie into emerging transport technologies ranging from autonomous vehicles to robotic traffic cones.

The pitch to investors is that while there’s still a heap of hype surrounding autonomous and driverless vehicles, mobility-as-a-services and intelligent transport systems, Transurban’s leadership in the smart roads space will allow it to dodge some major revenue potholes.

And there are some real speed bumps ahead.

After decades of unimpeded growth in private car sales and registrations, vehicles sales in Australia gently went into reverse last year, a trend the great predictor of traffic is tracking closely because that’s where it makes its money.

Transurban chief executive Scott Charlton noted many families and households were questioning the need for a second car in light of MaaS options like Uber.

On the bright side – for Transurban at least – truck traffic in cities is up nicely thanks to the booming delivery economy that’s a bleeping bonanza.

The nice part about truck traffic, investors were told, was that deliveries that are driven are a conscious value decision by logistics firms to use a toll road as opposed private drivers who might see toll roads as a convenience option.

Transurban’s take on the future of traffic has massive implications for government agencies, not least because they flow directly into revenue collection through interconnected network effect.

The Holy Grail for road operators and government is distance or usage based pricing where road users pay per kilometre of bitumen they drive on; but to achieve that vehicles need to be persistently tracked rather than pinged at the toll pointy.

To this end, Charlton revealed, Transurban is already headlong into GPS-based tolling trials, an endeavour that will need a lot more computing grunt and will generate vastly more data.

Lisa Tobin, Transurban’s group executive for technology, revealed tolling operations now collect 850 terabytes of data a year, with volume growing at around 50 terabytes a year. This, Tobin spelled out to investors, equated to 25,000 Game of Thrones episodes… or the Bachelor, if that’s what you preferred, she jested.

The amount of cable going being plumbed connected roads is also becoming a major line item.

“Sometimes I feel like we’re more of a telco company than a road company when I see all the fibre optic we have going in,” Charlton quipped.

On the positive side, Transurban reckons the serious smarts now going into roads and ‘connected and automated vehicles’ (CAVs) coupled with ‘zero emission vehicles (ZEVs) will translate to an economic positive for both the company and consumers.

Investors were told CAVs “have the potential to stimulate longer trips and can provide new mobility solutions for freight [and] delivery and for those otherwise unable to drive” while the use of “ZEVs and rise in smart mobility could lead to lower travel costs.”

Timelines in terms of integrated transport adoption shown by Transurban place the serious take-off point at around 2027 with the “mainstream adoption” and “beginning of significant uptake as fully driverless vehicles are rolled out” stretching out to 2040.

And there are some decent challenges to overcome to get there too.

Also released on Monday were results from Transurban’s “partial automated vehicle trial” … and the list of fixes is extensive.


They include issues reading electronic signs:

And being blinded by the light at the end of a tunnel:

Then there’s the persistent issue of unclear, cluttered or contradictory signage that have baffled human drivers for decades.

Now the machines are confused too, especially if there’s a conditional static sign and an electronic one together.

“As in previous trials, these types of sign seemed confusing to trial vehicles, which often read the 80 km/h symbol on the static sign even though the electronic sign was active and may have been showing a different speed,” the Transurban study said.