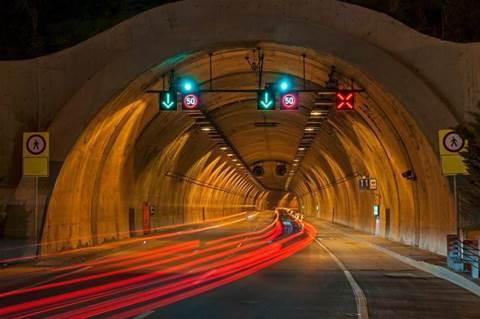 The Australian Competition and Consumer Commission (ACCC) has cleared the way for tollway giant Transurban to bid for a controlling stake in Sydney’s WestConnex project, on the proviso it must publish important traffic data it collects along the way.

The decision sets an important precedent around how data generated by businesses is valued in terms of balancing the public good with commercial outcomes as the government pursues a range of data led industry competition reforms including open banking.

The ACCC announced this month it would be scrutinizing Transurban the bid, saying a near-monopoly on Sydney’s toll roads could give Transurban’s traffic models an unbeatable edge in a bidding war, thereby potentially diminishing competition to the detriment of road users.

"Bidders with existing toll road concessions have an advantage in acquiring further ones, in particular due to the reality or a perception that they have better data and experience, and better models and better forecasts," said ACCC chair Rod Sims.

"However, taking into account the data publication undertaking, which will come into effect if [Transurban-led consortium] Sydney Transport Partners is the successful bidder for WestConnex, the ACCC found that the lessening of competition for future toll roads would not be a substantial lessening of competition in breach of section 50 of the Competition and Consumer Act."

The competition watchdog’s investigation revealed that the “vast majority” of the data Transurban currently uses in its modelling is already publicly available, or at least isn’t exclusive to the company.

Put simply the decision means that because the traffic data is not tightly held by Transurban, it's unlikely to be able to starve out rivals by withholding the information.

The investigation also found that rival bidders on the project have built traffic models “of comparable sophistication” with the available technology and information.

It did note, however, that Transurban did have a leg up in being able to validate its models with data it had collected from its other toll roads in Sydney.

The ACCC suggested that this could result in lower confidence from financiers in the rival forecasts, affecting the costs of funding such a capital-intensive bid.

If the company’s bid is successful, an undertaking from the watchdog will force it to publish 15-minute interval toll gantry data for each quarter of every Sydney toll road in which it has an interest.

That includes vehicle classification and count, as well as the direction of travel.

The company also has to release historical data dating back 10 years for each of its NSW toll roads and publish an interim update to data in the event the NSW government announces a future toll road concession sale process and the data is not due to be updated within six weeks.

Transurban did provide its competitors with some data for their bids (albeit with a “significant delay”, the ACCC noted), but did not include the information covered by the undertaking.

The watchdog has also batted away claims from rival bidders who called for even more data to be made available, saying that Transurban itself doesn’t even make use of such information in its models.

"The undertaking addresses a key aspect of the incumbency advantages currently enjoyed by Transurban, which is access to data,” Sims said.

This means that all bidders for future toll road concessions in NSW will benefit from access to detailed toll road traffic data, not just Transurban.

“This will enable all potential bidders to calibrate and validate their traffic models to the same level of confidence as Transurban, which will likely lead to lower costs of finance."

If the Sydney Transport Partners is successful in acquiring an interest in WestConnex, Transurban will have a stake in 8 of 10 toll roads in Sydney.