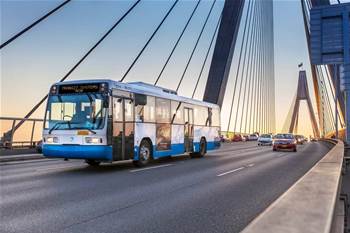 Public transport operator Transit Systems has overhauled its cloud and telecommunications environment with Macquarie Telecom to build out an artificial intelligence capability powered by real-time data.

The largest operator of metropolitan public bus services in Australia, the company has a footprint in NSW, Victoria, South Australia, Western Australia and the Northern Territory while also running services in London and Singapore.

Each year it facilitates 334 million travellers’ journeys - even operating on-demand services like in Sydney’s inner west.

It’s a big step up from how the operator had used its previous telecoms setup, group chief information officer Warren Read-Zorn said.

“Historically, a bus might have used one SIM to provide simple voice communication,” he said.

“The importance of that requirement has not diminished but now we need so much more.”

The need to deliver more for customers as more public transport services are privatised in terms of costs and the quality of service delivery using AI-backed analytics prompted Transit Systems to update its network and data environment.

“Our previous environment was incapable of powering the AI capabilities we needed to stay competitive, which inspired the Macquarie overhaul.

“This started with mobiles and then the consolidation of our two legacy data centres into one.”

The result is faster turnaround on analytics and a better understanding how drivers handle different routes thanks to data on breaking, acceleration, and corner-taking while also adding insight into traffic congestion and passenger loading to enable timetable optimisation and increase safety.

As part of the overhaul, Macquarie deployed its SD-WAN services to all 37 of Transit Systems’ depots to manage the speed, efficacy and uptime of each site’s network and ensure drivers and depots can communicate and share data.

The challenger telco is also managing Transit System’s nbn migration as each depot’s capacity requirements rise with the intent of bringing public wi-fi to each fleet in due time.

“The nature of transport operations is changing and we’re building these capabilities further to meet the new demands of the industry,” Read-Zorn said.

“The ability to evolve these capabilities and add new digital services to meet consumer and tourist demand will be a major consideration for the future operation of transport routes.”