Transformation projects take IT to the board 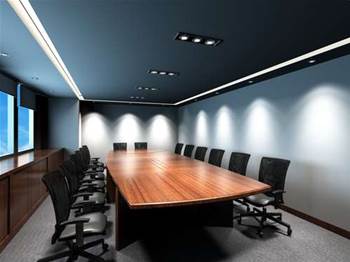 Understanding of investments drives tech to the big table.

Large-scale transformation projects are bringing IT into closer contact with the board of directors, particularly as greater scrutiny is applied to those large-scale investments, according to Deloitte.

Deloitte managing partner NSW, John Meacock, told iTnews that IT issues were often "mentioned in passing, in the conversation" at board level, but rarely by themselves.

"We would expect [IT] probably to get mentioned more than it does," he said.

However, the disruption of traditional business models by digital and web-based systems, and the penchant of certain sectors such as finance to embark on massive transformative projects, is driving IT visibility into the upper echelons of executive ranks.

While transformation initiatives generally involve some form of IT directly, the board also wants to glean a better understanding of how transformation and other disruptive influences can bring about competitive advantage.

That understanding is typically being powered by technology systems.

Meacock said that boards were typically going into much greater detail in their scrutiny of strategy execution than in years past, and that such detail invited IT to the boardroom table to supply systems capable of that data drill-down.

"Big transformation projects are the classic at the moment," he said. "There is much stronger scrutiny of that."

Although IT is "getting closer and closer to the board", Meacock said there remained a "communications gap" in terms of how IT was heard at that executive level.

"The board has real concerns that they are getting visibility when there are massive programs, transformational programs that clearly involve IT, but I think there is a communication gap between the CIO and the board in that," Meacock said.

"I think the really interesting challenge for IT and CIOs is how they actually communicate that effectively with the board".