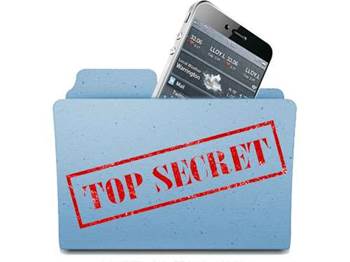 Australian delegation sides with the US.

A leak of the intellectual property rights chapter of the Trans-Pacific Partnership trade agreement text currently under negotiation shows the US wants to roll back consumer rights in other nations and severely extend copyright provisions and tighten their enforcement.

The document from August 30 this year was published on Wikileaks overnight, detailing the position of the United States, Australia, New Zealand and South-East Asian countries on issues such as trademarks, generic medicines, copyright, digital rights management and technological protection measures and patents.

Foreign nations and private investors would also be allowed to bring legal action against TPP member states for large damages unless the countries in the trade pact negotiations embrace practices that restrict consumer rights and public health measures.

Australia's negotiators appear to be mostly in agreement with the United States delegation, and are seeking for TPP countries to extend the copyright term to the life of the rights holder and a further 70 years beyond that, along with Peru, Singapore and Chile.

The US goes even further, wanting a 95 year term for corporate works and 120 years for unpublished works after authors die.

Criminal penalties are also sought by the US for "significant willful copyright infringements" even though there is no motivation of financial gain.

The leaked text also contains a US proposal that would allow rights holders to suggest the size of damages for copyright infringement:

2ter. In determining the amount of damages under paragraph 2, its judicial authorities shall have the authority to consider, inter alia, any legitimate measure of value the right holder submits, which may include lost profits, the value of the infringed goods or services measured by the market price, or the suggested retail price.

Pirate Party Australia councillor Brendan Molloy said there was no justification for the intellectual property provisions in the TPP and demanded the Department of Foreign Affiars and Trade hold public briefings immediately to explain the negotiation positions held in the name of the public.

“It is absolutely appalling that we are still relying on leaked texts to determine just what we’re getting ourselves into with these trade agreements," Molloy said in statement.

"Even Parliament is being kept in the dark. It’s time to release the text, and all future texts, so that transparency and oversight can result in texts that help, not hinder, legitimate Australian interests." he added.

While the TPP negotiation text is not made public, some 700 corporate advisers have been cleared to see it and to advise government negotiations, said James Love of lobby group Knowledge Ecology International (KEI).

Love noted that while the US position on many issues is hardline and "anti freedom", the other countries are pushing back on several points.

He said there are 941 brackets in the text and 296 footnotes, indicating dissenting positions in the negotiations.