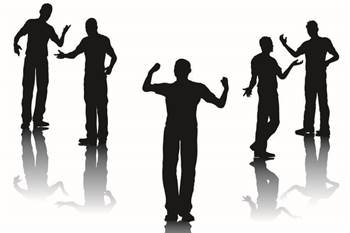 Moves by the United States to limit the ability of Trans Pacific Partnership critics to formally engage with negotiators have attracted criticism from the IT industry and other affected groups.

TPP Watch reported last week that critics of the secretive agreement, such as academics and other stakeholder bodies with interests in intellectual property regimes, could book a 'table' at the next round of negotiations in Texas to participate in informal discussions with negotiators.

At previous rounds of negotiation outside the US, critics have been able to present directly to negotiators at a 'stakeholder' day. Attendance by negotiators was voluntary.

University of Auckland Law School professor Jane Kelsey alleged to TPP Watch that the US had "been annoyed" at negotiators that attended the stakeholder days.

"Now [that] the future rounds of negotiations are being held in the US, it has been able to cancel the [stakeholder] programme altogether," Kelsey said.

A US Trade representative, Carol Guthrie denied that the move effectively gagged open discussion between negotiators and critics.

“The idea of the new format is to provide the ability to interact and dialogue directly with negotiators one-on-one or in country groups, facilitating deeper discussion as negotiations progress,” Guthrie said.

She confirmed the new approach was discussed with the Australian Government. But she declined to confirm whether Australia had a say in dropping the formal presentations.

“We did discuss these ideas with our Australian counterparts as part of the Round’s planning process,” Guthrie’s response said.

The Pirate Party of Australia condemned the move as tantamount to cancelling the stakeholder program.

"This further attack on involvement of civil society exemplifies US belligerence against the citizens of the participating countries," it said.

"All of the US negotiating positions are wet dreams of Hollywood, the pharmaceutical industry, and a handful of major US corporations who will be the only beneficiaries of this further move toward secrecy."

Tim Conway, representing the World Information Technology & Services Alliance, did not see the move as "gagging" stakeholders, but notied it did not enhance the consultation process either.

“Nine working days have been allocated to negotiations at the Dallas round, and the US decision not to set aside at least one of these days -- or even one of the two non-working days -- for stakeholder presentations is not a good look,” Conway said.

“If legislators get a sense the negotiations have been undertaken without adequate consultation and transparency, and the concerns of domestic industries and other stakeholders have not been addressed, country support is likely to wane and the whole TPPA may well collapse.”

US activist and associate director for the program on information justice and intellectual property at the American University Washington College of Law, Sean Flynn, said the new format was back tracking on public interest participation.

“(The TPP)… leaves the impression that it is trying to decrease the influence of public interest input into the process my removing the ability to speak collectively to a broad cross current of negotiators at the same time," Flynn said.

The change was made without consulting public interest stakeholders, Flynn noted.

“If the goal was to increase stakeholder participation, they would have added the tabling as an addition to, not substitute for, public presentations.”