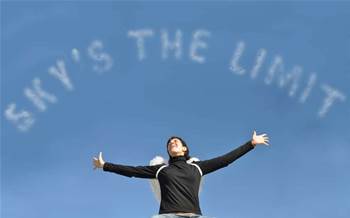 TPG has confirmed plans to offer unlimited quotas over the National Broadband Network in coming weeks, closing months of speculation on the low-cost service provider's intentions for fibre-connected premises.

The ISP will initially offer a single plan with unlimited downloads for $69.99 per month at the network's base speed of 12 Mbps download and 1 Mbps upload on a 12-month contract.

It comes in at $10 more per month than the equivalent standalone ADSL2+ unlimited plan TPG currently offers, but is effectively $20 cheaper as line rental is no longer required.

The plan includes "home phone rental" with unlimited local and standard calls, as well as unlimited calls to select countries.

It also makes unlimited quotas more widely available to regional premises for the first time, outside of the 379 Telstra exchange areas where TPG currently offers its DSL plan.

TPG general manager of consumer, Craig Levy, told iTnews that the plan was "very much a starting point" for the telco, with plans to offer the NBN's faster speed tiers once the company is happy with take-up.

"We want to have a very focused offering at time of launch and thereafter we can easily modify our offerings, increase the range of products," he said.

However, the plan will be limited to fibre-connected premises for the time being, with no immediate options for satellite and fixed wireless users.

Though TPG has been accredited for connection to the NBN for some time, it has lagged for months in releasing retail plans into the market.

Those rivals that have similarly offered unlimited data quotas in DSL areas, such as ClubTelco, no longer offer the service on the NBN.

Key rival Dodo is also yet to release plans, though chief executive Larry Kestelman has indicated plans to offer both unlimited quotas and low-cost options.

"It was actually a strategy of ours to see what everyone else had and make sure that when we did come to market, our product was very effective," Levy said.

"What we didn't want to do is get out of the gates first and let other people come in and tear our plan apart. We've come in with a very competitive offer, we know the components of our offer work very well."

He would not confirm whether users who opt for a faster speed tier in future would gain access to unlimited, or capped, quotas.

"If anybody in the country can do it, we can do it — we've got the backhaul capacity, the undersea cable and the PIPE peering network for domestic IP," he said.

"When we want to move into that space we'll have the capacity to do so — it's just a question of getting the timing right."