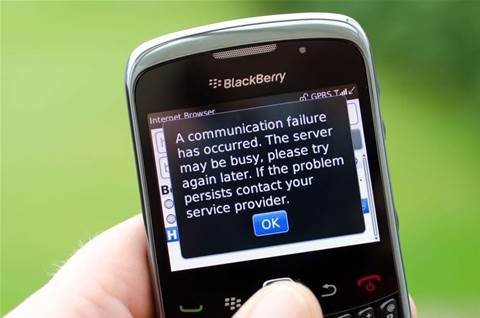 TPG Telecom has suffered a critical outage affecting a range of its services across Australia.

Customers of the ISP began reporting difficulty accessing TPG services from as early as 4:30am this morning. The ISP’s website has also been intermittently offline over the course of the morning.

Connection issues have been reported by users across the country, but the ISP’s service status page states that the issue is only affecting customers in Victoria.

Even some of those able to make a connection are still reporting difficulties accessing Google services specifically.

The TPG service page states the issue began at around 9am this morning and will be fixed three hours later, at midday today.

It rated the outage as “critical”. The ISP did not respond to request for comment.

“Some customers in Victoria may experience connection difficulties,” the service page states. “TPG is working on resolving the matter [and] apologises for any inconvenience.”

The ISP had a number of scheduled maintenance activities planned nationwide this morning, but according to the ISP's service page, these have been resolved.

West Australian customers using TPG’s off-net ADSL, IPTV and ADSL also experienced a critical outage yesterday for around seven hours from 4pm, due to issues with a “third party carrier”.

Update 11:15am: TPG is reporting via its service status page the outage was resolved at 10:27am, despite users still complaining of service issues.

Services appear to have been coming progressively online for users since around 11:45am.