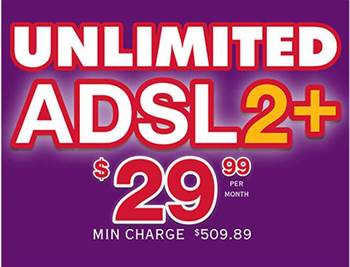 The consumer watchdog has won its appeal to get a $2 million fine for internet service provider TPG reinstated for misleading advertising.

The High Court today overturned last year’s ruling by the Full Court of the Federal Court in the long-running case between the Australian Competition and Consumer Commission and TPG over advertisements for a $29.99 Unlimited ADSL2+ product.

The provider was found guilty of “seriously misleading” advertising in 2011 after failing to notify prospective customers of the product’s true costs.

It was fined a total of $2 million, but successfully appealed the majority of the fine in December and was only required to pay $50,000.

The ACCC vowed to appeal the decision in August this year, and was today successful in its bid. TPG will now be required to pay the $2 million fine plus court costs.

The Full Court of the Federal Court later overturned the decision and found TPG was only guilty of running misleading television ads.

The High Court today said the initial ruling had been correct.

It found the Full Court was wrong to find that consumers would have known that internet services were commonly bundled with telephone services.

"The Full Court erred in failing to appreciate that the tendency of TPG's advertisements to mislead was not neutralised by the Full Court's attribution of knowledge to members of the target audience that ADSL2+ services may be offered as a "bundle"," it said in its finding.

According to the High Court, TPG had made almost $8 million in profit and nabbed an extra 98,000 customers in the year following the misleading 2010 advertising campaign.