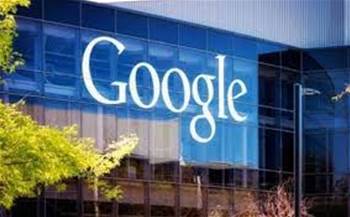 An ISP's plans to fundamentally alter how it counts users' activity has sparked outrage among its customers.

TPG changed its ADSL2+ plans to include uploads, shift the off-peak period out by a half-hour and downgrade the shaping speed on its entry plan.

They were revealed to the broadband forum Whirlpool.

The changes (see table below) saw quota limits raised on only two plans, despite the ISP now counting upload traffic.

"Add these new weak plans to so many posts about dropouts, poor call centre support, iffy account keeping and some of the trickiest [terms and conditions] on the market," Whirlpool user Mr Mister posted.

Another Whirlpool user wrote that TPG's call centre was not informed of the upload inclusion in the plans until it was pointed out to him on the ISP's website.

Although most users responded negatively, some were more sanguine.

"I'm sure you guys would agree with the me that TPG provides some of the best value internet services in Australia," wrote user Secrecy. "I really don't see why you're all winging [sic] just because they decided to count uploads."

The entry $29.99 plan received 3 GB extra data allowance but had its shaping speed halved while the $49.99 plan saw a 20 GB data increase and shaping speed rise from 256 Kbps to 1 Mbps.

Other plans stayed at the same quota levels.

Off-peak time was shifted by 30 minutes on all plans except the new 500 GB offer, although the period of time was still six hours.

TPG divided the data quotas on its plans into "peak" and "off-peak" sections. The off-peak section occurred in the early hours of the morning.

Once a user reached their monthly data allowance, their internet connection was "shaped", meaning they could still use the internet but at a reduced speed.

TPG said yesterday it was "delighted" to release the new plans which it claimed included "more internet quota, more value and lower pricing".

TPG customers, how do the plans affect you? Are they better value? Will you change to the new plans or stay on your old tariff? Let us know in the comments below.